Northland Power and Yushan Energy, the developers of the proposed Hai Long offshore wind farm in Taiwan, have reportedly signed a Letter of Intent (LoI) with the recently formed joint venture between Belgian GeoSea and Taiwanese CSBC Corporation to cooperate in Taiwan’s offshore wind sector.

The LoI was signed today, 9 March, Focus Taiwan writes. According to Hai Long project director Chen Tsung-hua, the companies aim to both bring international know-how and technologies to Taiwan, and work towards establishing local supply chains.

Offshore WIND has contacted DEME, GeoSea’s mother company, for a confirmation and is awaiting response.

CSBC and GeoSea announced the joint venture company in December 2017, after signing a cooperation agreement. The joint venture, named CSBC-DEME WIND ENGINEERING Co. Ltd, is incorporated in Taipei and specialises in transporting and installing foundations and wind turbines for Taiwan’s offshore wind projects.

The construction of the first wind farm will start once all consents have been received. After getting the environmental permit in January, the developers are yet to obtain the approval from Taiwan’s Ministry of Economic Affairs this spring.

According to earlier information about the project, the second, 500MW, wind farm is expected to enter the construction phase from 2022 onward and will comprise 90-105 wind turbines. 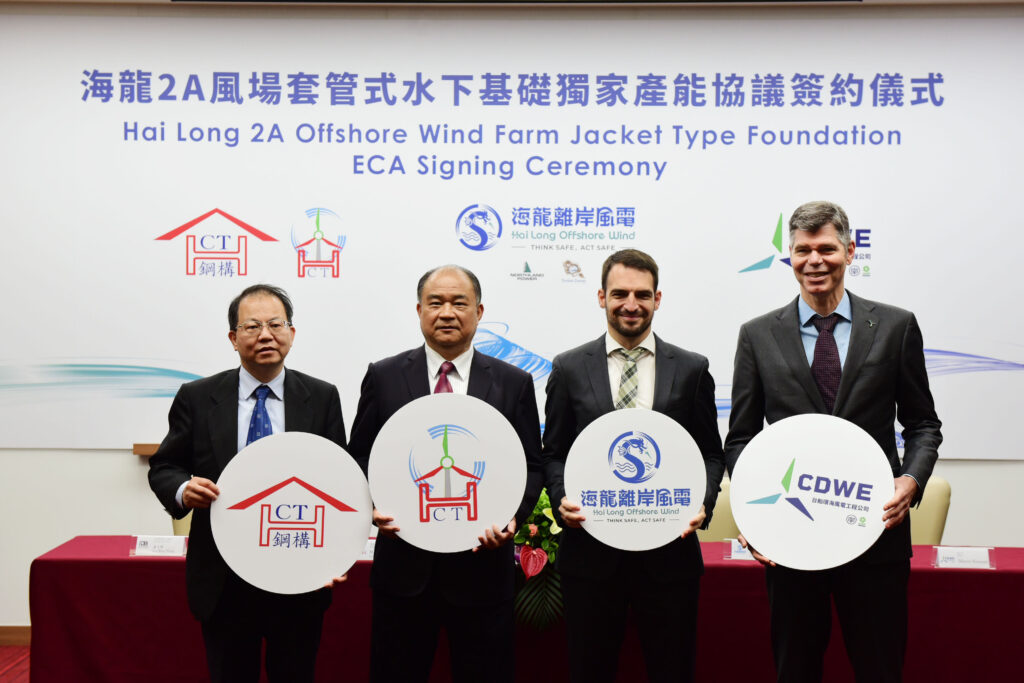