The Kem offshore wind project, proposed to be built off Kemsky District in Russian Republic of Karelia, could see a giant step forward this spring, when technical experts from China are scheduled to come and determine technical aspects for the construction of the 60MW offshore wind farm.

Namely, a working group of experts in the field will come to Russia’s northwest region in April or May to survey the proposed offshore site in the White Sea and assess technical capabilities for building the offshore wind farm, according to Russian news agency TASS.

This was announced after a delegation from Karelia visited China’s Fujian province from January 22 to 28. Following the visit, Deputy Governor of the Republic of Karelia, Vladimir Timofeev said that an official agreement could be signed in August, when a delegation of the Fujian province will to come to Karelia.

Timofeev stated that the project will be backed by the Russian Direct Investment Fund (RFPI), Rosatom, the Investment and Development Corporation of Fujian Province, and a management company that will be determined later.

The proposed project first hit the headlines in November 2016, when Chinese energy service provider Sinomec and the government of the Russian republic of Karelia signed an agreement to cooperate on its development, estimating the project’s value to be around RUB 9 billion (approx. EUR 128 million). 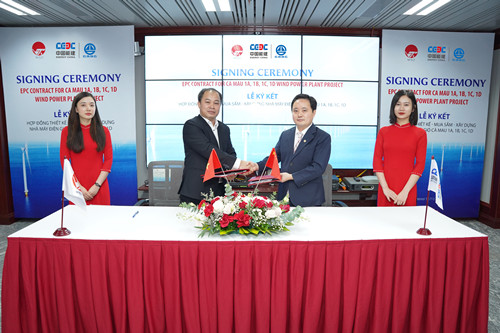