Naval Energies, formerly known as DCNS Energies, is cutting 100 out of 260 jobs with 30 employees being transferred to its parent company Naval Group (former DCNS Group) and 70 people losing their jobs completely, according to French media.

This was reportedly a consequence of absence of tenders for commercial tidal energy projects in France.

Namely, the French Prime Minister Edouard Philippe was anticipated to announce new tenders on 22 November, however, that did not happen. The absence of tidal energy tenders was then taken as a confirmation that the market is growing at a slower pace than expected.

“This setback is indirectly linked to the delay in launching commercial farms by the Government,” said the Mayor of Cherbourg Benoît Arrivé. “With the delay in making its decision, the Government deprives the industrialist of visibility on the phase that will follow the pilot farms.”

Naval Energies’ floating wind business has not been reported as being affected by this, and the company is still on track to build its Cherbourg tidal turbines assembly plant.

DCNS and a fund managed by Bpifrance formed DCNS Energies at the beginning of 2017, and DCNS Energies changed its name to Naval Energies in June, as DCNS Group renamed to Naval Group.

Naval Energies is part of a consortium including Eolfi, CGN, and Vinci which is currently developing the 24MW floating wind farm in the Groix area in Brittany. In the past few years, Naval Energies has taken part in the US Aqua Ventus project in Maine and partnered with GE on developing a floating offshore wind system featuring the 6MW Haliade wind turbine on a Naval Energies floating platform. 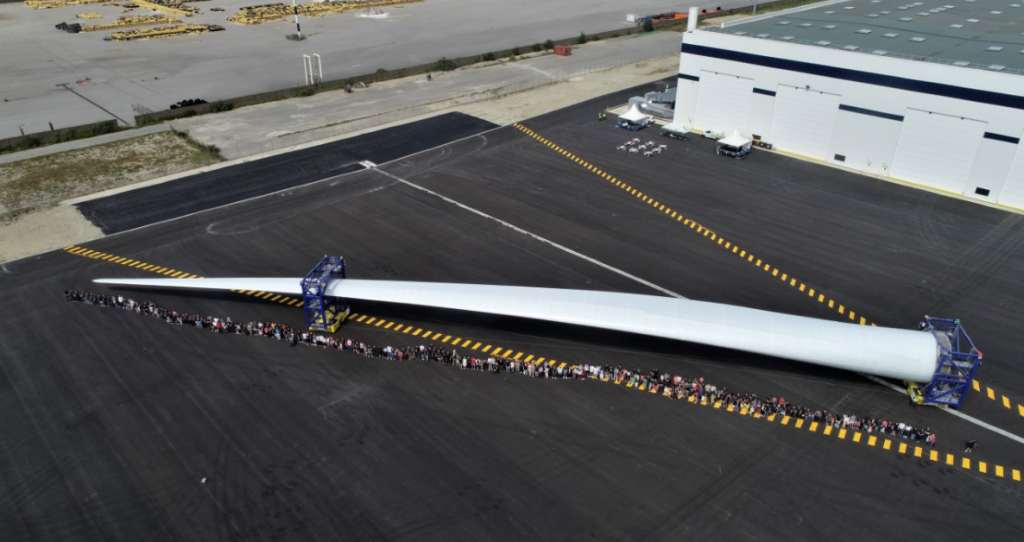