In August, all five Siemens 6MW turbines mounted on SPAR-type foundations were towed and installed at the site.

The turbines are 253 meters tall from bottom to wing tip, of which 78 metres is under water and 175 metres above. The turbines have a rotor diameter of 154 metres, with each blade being 75 metres long and the nacelles big enough to park two double decker buses inside.

The floating substructures, built by the Spanish Navantia-Windar consortium, are 91 meters long and have a diameter of 14,4 metres. The suction anchors, designed by Aibel, have been constructed by Global Energy Group in Nigg Energy Park.

The turbine towers have been built by Navacel.

Balfour Beatty carried out all works on the onshore electrical infrastructure.

The Hywind floating wind concept has been verified through six years of operation of Statoil’s prototype installed off the island of Karmøy in Norway, the Hywind Demo project.

Given that Hywind Demo features a 2.3MW turbine, almost everything for the project in Scotland had to be upscaled.

One of the most challenging aspects was lifting a fully assembled turbine and placing it on its floating foundation. The semi-submersible crane vessel Saipem 7000 had been lifting the pre-assembled turbines and transporting them to the verticalized foundation in the fjord off Leirvik on Stord, Norway, where they were then mated.

The first floating turbine was towed to the site off Aberdeenshire, Scotland, in July.

Photo: Hywind turbines in Norway, mated and waiting to sail away to Scotland (Image: Equinor/ archive) 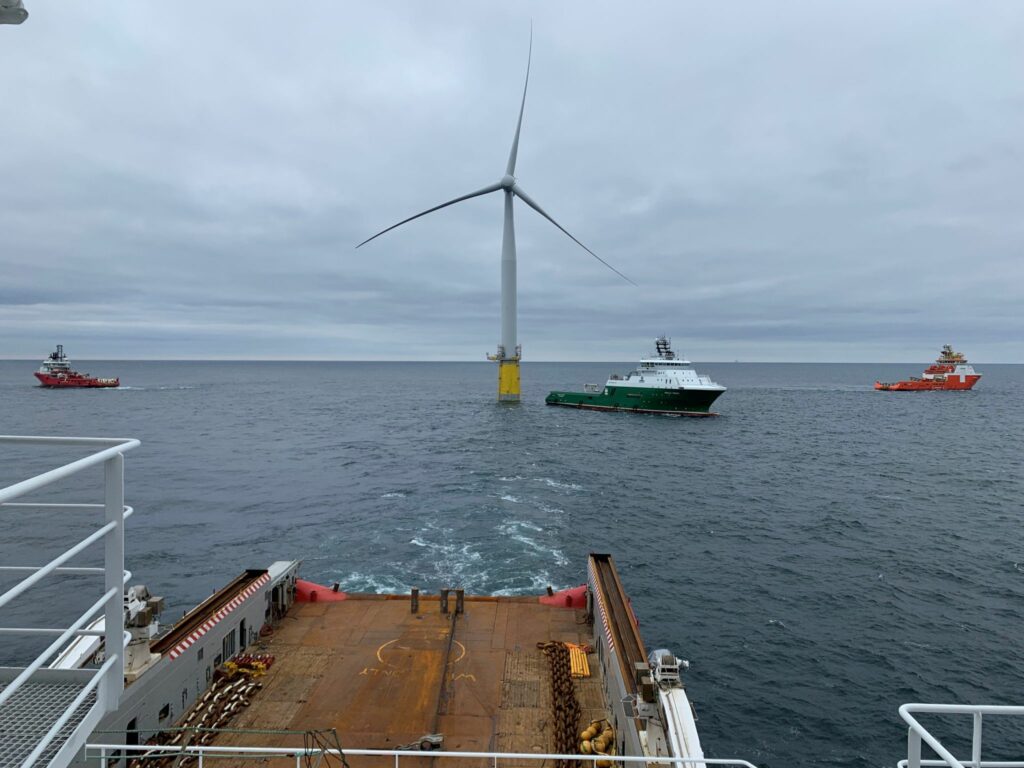