The first floating wind turbine for the Hywind Scotland project has arrived off Aberdeenshire, after setting sail from the project’s assembly base in Stord, Norway, last week.

According to AIS data of vessels towing the turbine – mounted on its SPAR floating foundation – the first of five Siemens 6MW turbines is now near Buchan Deep.

The remaining four are scheduled to be towed to Scotland by the end of July.

In June, all five wind turbines were placed onto their respective SPAR floating foundations and moored in the fjord off Leirvik, where they have been undergoing final tests before being towed one by one to the installation site and installed in water depths of between 90 and 120 metres.

The floating wind turbines have a total height of 258 meters, with 178 metres of the structures floating above water, and the remaining 80 metres submerged underwater.

The five floating foundations have been built by the Spanish consortium between Navantia and Windar.

The wind farm, owned by Statoil (75%) and Masdar (25%), is expected to be commissioned later this year.

Watch the video of the first turbine being towed from Norway: 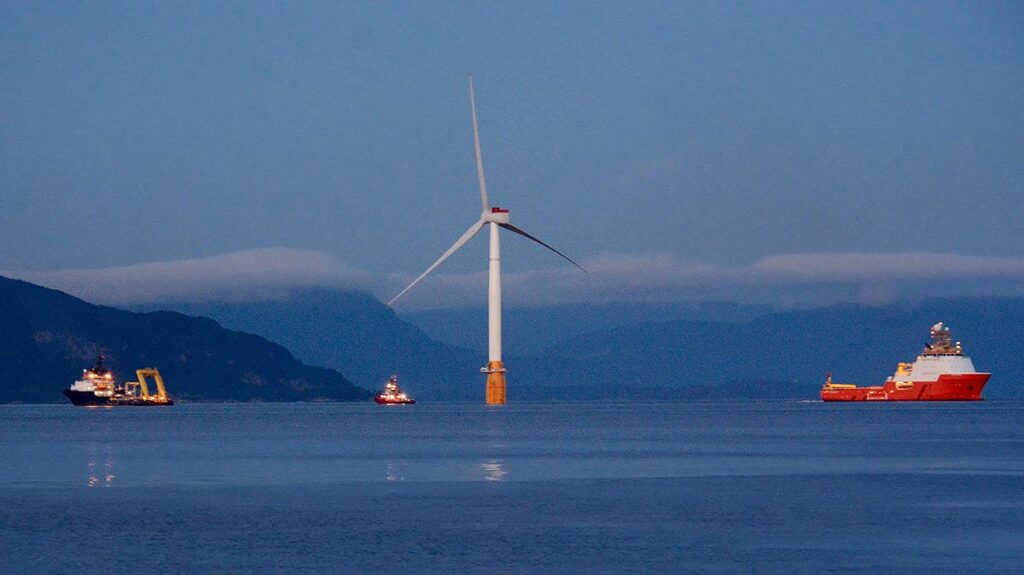