Nass & Wind is not giving up on challenging the French government regarding the Saint-Brieuc offshore wind site. Even though the company’s complaint on the authorisation of project modification was recently dismissed at the Administrative Court in Rennes, Nass & Wind is still proceeding with its main legal action against the government’s decision to award the site to another consortium. This case is currently being processed at the Court of Appeals in Nantes.

At the first French call for offshore wind tenders in 2012, the consortia led by EDF EN won three out of the four awarded sites: Saint-Nazaire, Courseulles-sur-Mer and Fécamp, which will feature the Haliade 150-6MW turbines, offered by GE Renewables (formerly Alstom Wind).

As part of the EDF EN team, Nass & Wind was competing to build offshore wind farms off Saint-Nazaire and Saint-Brieuc, the site awarded to Ailes Marines, an Iberdrola-led consortium that plans to install Adwen’s AD 8-180 turbines.

Nass & Wind’s legal challenges are not directed at Ailes Marines, but at the conditions the French government considered before deciding to award the site to the consortium in 2012, and the permission to modify the initial project proposal afterwards, Peter Nass from Nass & Wind Smart Services pointed out during a conversation with Offshore WIND.

The primary legal battle Nass & Wind is leading on the Saint-Brieuc front, the one at the court in Nantes, concerns the award of the tender to Ailes Marines in April 2012.

The company first filed a complaint on the tender outcome to the court in Rennes and, after it was dismissed there, submitted an appeal to the court in Nantes. Should things not go in Nass & Wind’s favour at the Nantes court, the case might reach as far as Brussels, according to Peter Nass.

Namely, Nass & Wind had initiated the legal procedure against the French government’s decision to assign the development of the Saint-Brieuc site to Ailes Marines even though the consortium led by EDF EN and comprising Nass & Wind was rated first by French energy regulatory commission (CRE; Commission de Régulation d’Energie).

Peter Nass further explained that the government made its decision based on the economic impact projected for France and the Brittany region, and has given two major political arguments upon granting the site to Ailes Marines.

Timing has always been considered critical for the Brittany region

“One was that the consortium is able to develop the project quickly and bring new sources of electricity production to the Brittany region. The plan for the Brittany region, which needs a local source of energy and is focused on renewables, was to have an offshore project online by no later than 2020,” Peter Nass said. “However, I’m afraid that the new turbine might not be in line with that deadline.”

Here, Nass & Wind is arguing that the 8MW platform which Ailes Marines wants to install off Saint-Brieuc still needs to be certified and its utilisation was approved when the device was at a very early stage of development. This circumstance could easily prove incompatible with the idea that the overall project commissioning date would shift by only one year, according to Peter Nass.

Currently, Adwen is preparing to install the AD 8-180 prototype at the onshore test site in Bremerhaven, Germany.

Looking at the other three projects of the first French call for offshore wind tenders, comparable milestones have been passed much earlier: the first GE Haliade prototype was commissioned in 2012 at the Le Carnet site in France, followed by the one installed offshore at the Belwind site in Belgium in 2014, when also the type A certificate was obtained.

In March last year, GE started additional testing and technology optimisation at Osterild, Denmark, only a few months before five Haliade 6MW turbines were installed at the first offshore wind farm in the United States.

Furthermore, while deciding on tender winners, French government took into account the industrial impact the projects would have.

“The other argument was based on the government’s wish to have two offshore wind turbine champions, Alstom and Areva, setting up manufacturing plants in Pays de Loire and Normandy and thus boosting the employment,” Peter Nass said.

Since then, GE took over Alstom Wind, and Areva’s offshore wind technology has been offered by Adwen, the joint venture French turbine manufacturer set up together with Gamesa in 2015. Now Adwen is wholly-owned by Gamesa as the company bought out Areva’s stake as part of its merger process with Siemens.

Adwen (Areva) has committed to building manufacturing plants in Le Havre and in Cherbourg, while GE (Alstom Wind) vowed to build factories on two sites: Saint-Nazaire for nacelles and generators assembly, and Cherbourg for production of towers and blades, with the latter being done in partnership with LM Wind Power.

GE’s Saint-Nazaire factories have been inaugurated in December 2014, while LM Wind Power is bound to start building the blade factory in Cherbourg this month.

Although LM also partnered with Adwen on producing the LM 88.4 P blade – the world’s longest blade – which will also be manufactured at the new Cherbourg factory, the future of French manufacturing plants for Adwen turbines came to a point of uncertainty with the latest developments related to the Siemens-Gamesa merger, according to Peter Nass.

Given that both Adwen and Siemens have 8MW offshore wind turbines in their offering (Siemens installed its SWT-8.0-154 prototype in Denmark in January 2017), it is unclear whether the new company, 59%-owned by Siemens, will go forward with building the promised AD 8-180 manufacturing plants.

“Commitments made as part of the tender process for offshore wind farms in France will remain borne by Adwen,” Areva said in a statement upon transferring its Adwen stake to Gamesa.

With Adwen’s fate after the finalisation of the Siemens-Gamesa merger yet to be known, the French government’s decision to grant the Saint-Brieuc site to Ailes Marines contrary to CRE’s recommendation will remain an issue for Nass & Wind, which would have been developing two offshore wind farms off the French coast had the sites been awarded based on the results of CRE’s evaluation.

The complaint recently dismissed at the Rennes court concerned the government’s authorisation given to Ailes Marines for modification of the project layout, replacing a hundred 5MW wind turbines with 62 wind turbines of the 8MW class.

Even though this was not the main legal challenge Nass & Wind is posing against the tender award decision, it was linked to the initial procedure to some degree, according to Peter Nass.

Regarding the project modification, the company claims it represents a significant change introduced after the site was awarded for the development of the proposed project.

“This procedure was important for us because we still estimate that such a change modifies the conditions of the initial competitive situation of the tender,” Peter Nass said.

“If at the time of the tender every consortium had been aware of the possibility to bring in a totally different turbine at a later stage, the other consortia competing for the zones would have had better arguments, but they did not get a chance to show up with such an option,” Peter Nass further added.

Ailes Marines, which partnered with Areva to deliver the project, presented the new plan in 2014, after 8MW wind turbine roll-out was announced in 2013 and has been offered by Adwen since 2015.

In the meantime, Nass & Wind Offshore became Nass & Wind Smart Services and is no longer investing itself in the development of offshore wind projects. The company is now performing site investigations and gathering data used during project planning, as well as consultancy and assistance services for consortia who want to compete for future offshore tenders in France.

In the third tender round, the French government has introduced the “competitive dialogue” procedure which, according to Peter Nass, is probably a better way to handle offshore wind tenders as it offers more flexibility and a more even-handed competition ground for the developers competing to build their projects.

The French government launched the competitive dialogue on 12 December 2016 and is carrying out the procedure in two stages: pre-selection and selection. The selection stage is scheduled to begin in April 2017. 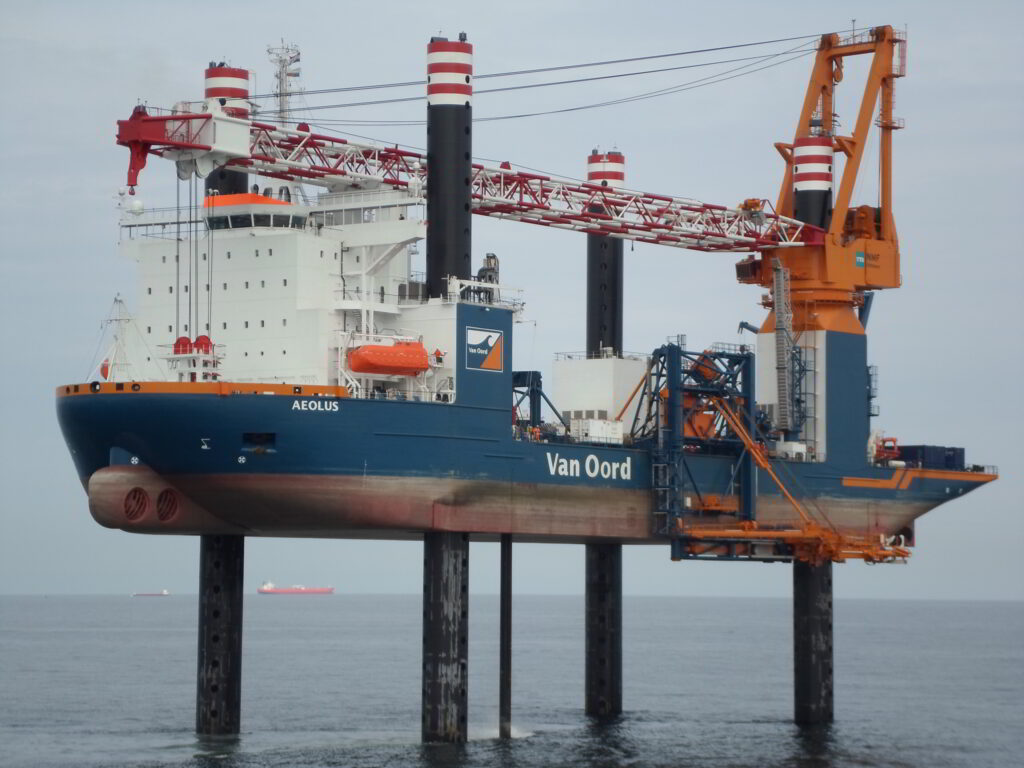