French Government plans for an offshore wind farm off Dunkirk to be commissioned in 2022, according to the latest document published by the country’s Energy Regulation Commission (CRE).

In December 2016, French Ministry of Ecology, Sustainable Development and Energy launched a competitive dialogue procedure for the area where an offshore wind farm with a capacity of between 250 and 750MW will be built, during which it will select potential developers and define sites best suited for installation of wind turbines off Dunkirk through technical site studies.

The competitive dialogue procedure is being carried out in two stages: pre-selection and selection.

This first stage concerns pre-selection of candidates based on their technical and financial capabilities. Pre-selection started with consultation with potential developers, who had until 1 February to ask questions, which have been answered and published by the CRE on 15 February.

Deadline for the submission of applications to participate in the second phase of the competitive dialogue is 28 February, after which the CRE has a period of one month to process the applications.

The purpose of the dialogue is to clarify with the candidates the specifications and the sharing of responsibilities during the construction and operation phases of the wind farm. During this dialogue phase, the government will make available the results of the technical studies that it will have carried out. These include wind measurements, geophysical surveys and environmental studies.

At the end of the dialogue phase, candidates will be invited to submit their bids.

In this final phase, candidates’ offers will be assessed on the basis of the following criteria, ranked in descending order of importance:

2. The optimisation of the occupied area

3. The consideration of environmental issues

French government expects the candidates to propose innovative solutions to make the best use of the proposed area while taking account of the various constraints it presents, in particular from the environmental point of view and in terms of maritime safety.

The competitive dialogue is part of France’s recently adopted law on energy transition which allows developers, authorities and local and regional communities and businesses to interact and provide feedback which will be taken into consideration when choosing areas for the development of offshore wind farms.

The procedure is expected to provide developers with a chance to amend and improve their proposals during the tender process and to prevent possible subsequent delays. 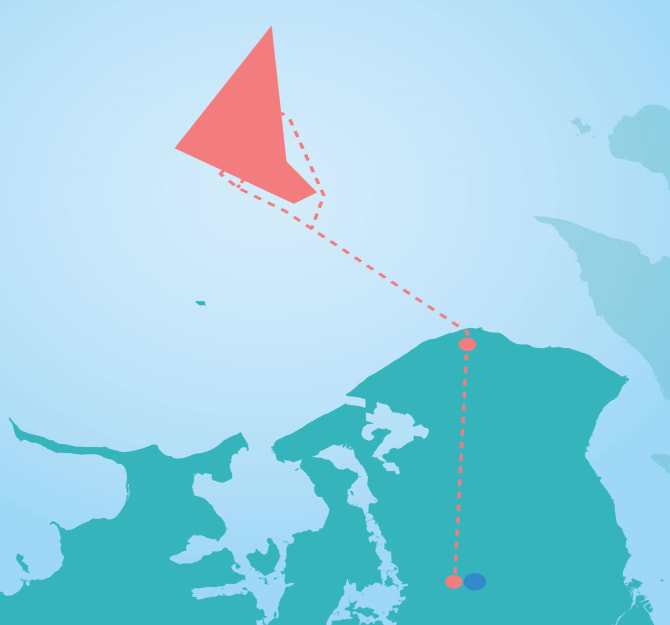