The installation of wind turbines at the first American offshore wind farm was completed today with the last blade attached to the fifth GE Renewable Energy Haliade 150-6MW turbine.

Fred. Olsen Windcarrier’s Brave Tern installed the first wind turbine at the site at the beginning of this month, after completing its first transatlantic journey, which began in mid-July by picking up five Haliade 150-6MW nacelles at Saint Nazaire, France.

The 30MW Block Island Wind Farm is scheduled to be fully commissioned by the end of the year. 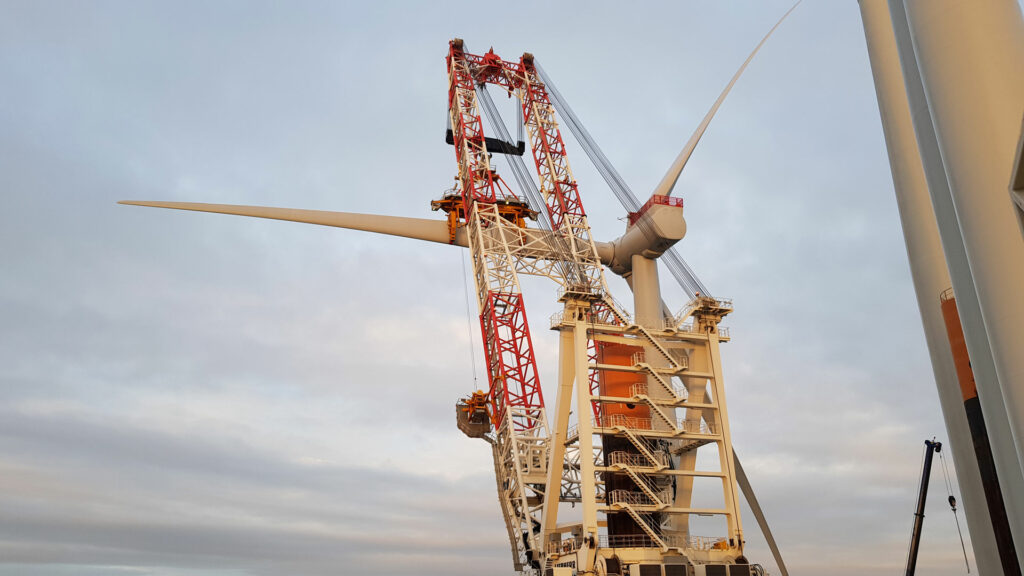