The training was focused on the communication between the bridge of the SOV and the offshore rescue helicopter, winch procedures from the quarterdeck and what the deckhands have to do when a helicopter lands on the helideck of Windea La Cour.

As part of the training activities the medical crew of Northern Rescue 01 got the opportunity to visit and inspect the hospital on board the WINDEA La Cour and familiarize themselves with the medical equipment there.

In an emergency situation on the ship, a patient would be prepared in the hospital for transport by helicopter and then brought onto the helideck. A sailor spontaneously volunteered to act as ” the patient” so that the transporting of a patient on a stretcher from the ship hospital to the helideck could be simulated.

Windea La Cour is soon to be taken in use at the 600MW Gemini offshore wind farm off the coast of the Netherlands. The vessel is the first of two SOVs built at Ulstein Verft in Norway, which Bernhard Schulte Offshore will deliver to Siemens.

The vessel functions as a platform for wind farm operations and maintenance support, technician accommodation and transport, and provides access to installations offshore. It can accommodate 60 persons in single cabins, 40 of which are dedicated to technicians. 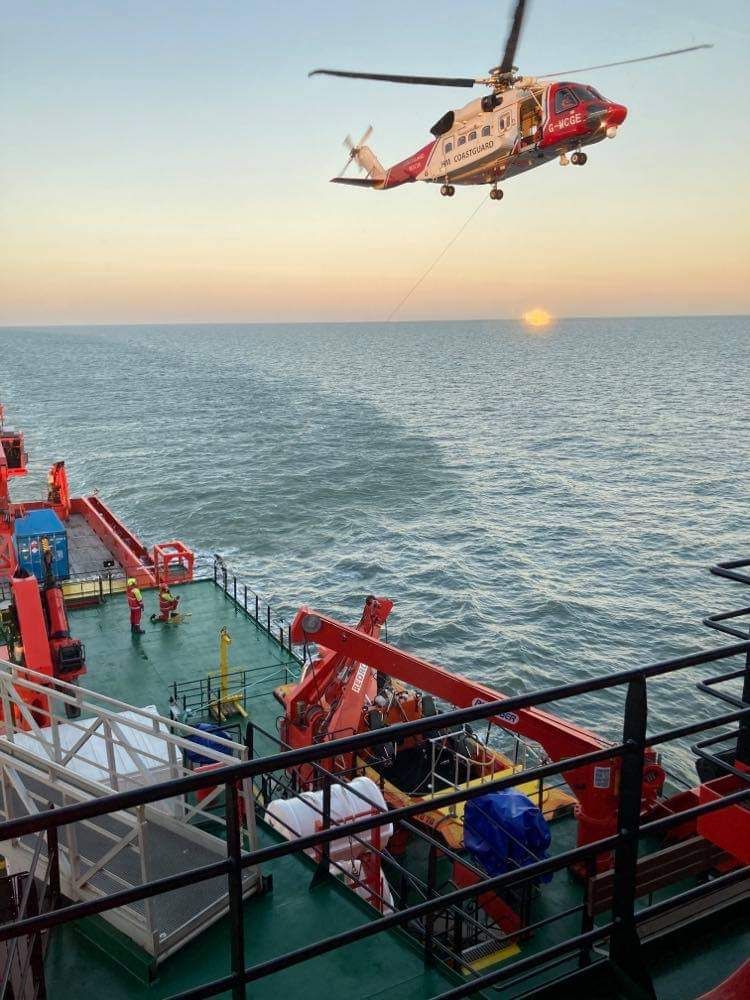