20 monopile foundations, each weighing between 500 and 800 tonnes depending on water depth, have already been installed and over the next four to five months two jack up barges – the MPI Discovery and Pacific Orca – will be deployed to install the remaining 96 foundations, by using a 1,000 tonne crane to lift each foundation upright before being lowered and piled into the sea bed.

Chris Tomlinson, E.ON Development Manager for the Rampion Offshore Wind Farm, said: “Over the last few months, our highly skilled team has continued to prepare the site for foundation installation, progressing with boulder relocation and unexploded ordnance surveys. We are now pleased to be entering the next stage of piling and we’ll now work towards installing the remainder of the foundations by the end of this year, in preparation for turbine installation to begin in 2017.”

The two unexploded devices, discovered earlier this year along the offshore export cable route and thought to date from WWII, are also planned to be disposed of this summer after permission was granted by the Marine Management Organisation (MMO). Commercial and recreational sea users will be informed of the routine controlled explosion in advance and of a 1km radius safety exclusion zone during the event.

Onshore the 27km underground cable route, which transports the power from the point the cables come ashore at Brooklands Pleasure Park to the planned substation at Twineham, is developing well, E.ON said, with around 60% of the ducting installation now complete.

The 116 turbine project being built 13km off the Sussex coast by E.ON, the UK Green Investment Bank plc and Canadian energy company Enbridge, is due to be completed in 2018. 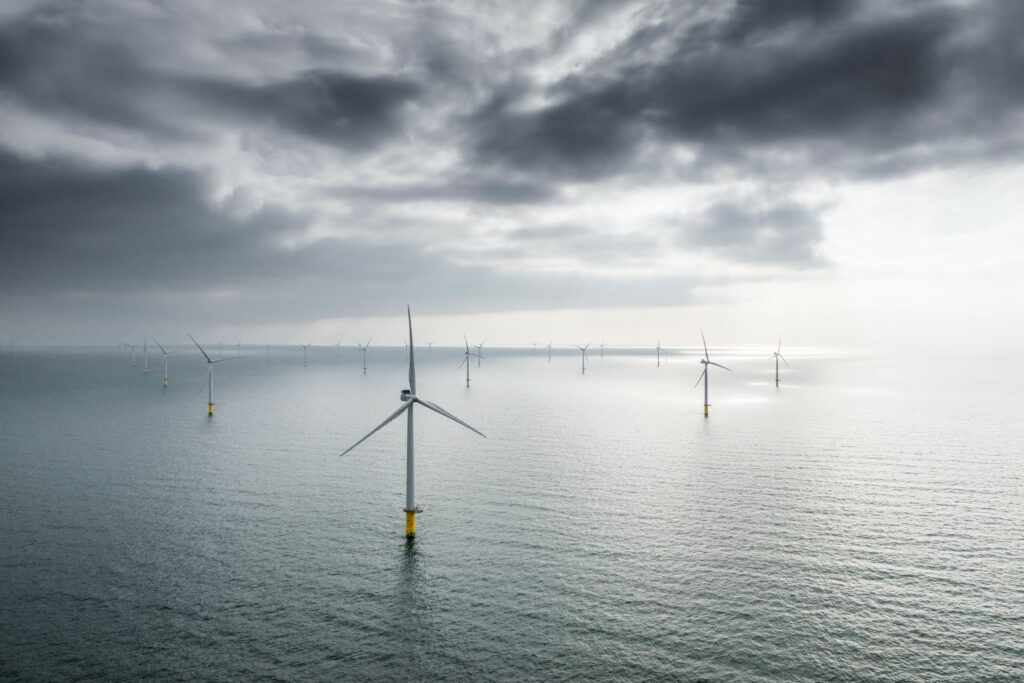