Siemens has developed an automatic fire detection and extinguishing system for offshore wind turbines. The first of these systems was recently installed at the Riffgat offshore wind farm in the North Sea.

A fire in a wind turbine can quickly turn dangerous for people and the environment, particularly if the nacelle or rotors catch fire, as these are hard to reach for emergency personnel. From a business perspective, the potential consequential damages are considerable.

Because of their design, wind turbines, especially offshore units, are difficult to access in case of an incident. The generators and engineering systems are typically located in the nacelle – a hundred meters or more above sea level.

In onshore wind farms, there is the risk that the fire could spread. In the summer, a burning nacelle located on a ridge near a forest could pose a high risk for people and the environment. In addition, the turbine is hard to access in these circumstances.

To solve these issues, Siemens has been working on dedicated fire detection and extinguishing systems for wind turbines. For offshore installations, the Siemens Building Technologies Division has created the Active Fire Fighting System (AFFS). This system detects fires in wind turbines and extinguishes them automatically – without delay and without time-consuming fire fighting maneuvers at sea. The first AFFS units are currently being installed in Riffgat.

AFFS combines intelligent Sinteso fire detectors with integrated ASA technology (Advanced Signal Analysis) with a Sinorix extinguishing system, which uses nitrogen, an inert gas, to fight fires. The fire detection system monitors the pain points and system-relevant components of the wind turbines. If the AFFS detects a fire in the nacelle or in the tower – for instance, caused by a short circuit in a control cabinet – the detector system transmits this information directly to the wind turbine’s control unit.

If an additional fire detection element verifies the fire, the fire detection system immediately activates the gas extinguishing system to put out the fire, leaving behind no residue. The turbine is shut down automatically by its controller or, if necessary, by operators at a control station, and the system is shut down under no load conditions.

If necessary, the operators at the control station can take further steps, possibly assisted by external Siemens technicians who can connect directly to the fire control panel via a VPN Internet connection. Subsequently, the cause of the problem can be identified and the wind turbine returned to operation in the
shortest time possible.

The fire detection system continuously sends status messages and system state information to the control station. To enhance safety, one system is installed in the nacelle and one in the tower base; the two systems are interconnected but operate autonomously in the event of a network outage or power failure, thus providing the highest level of safety.

The Sinorix extinguishing systems operate on the principle of inertization, i.e. oxygen displacement. The oxygen content in the area to be extinguished is diluted by nitrogen until a non-explosive, non-flammable environment is created. Nitrogen is inexpensive and can be obtained quickly and easily by removing it from the ambient atmosphere. The environmentally-friendly extinguishing system is thus consistent with the concept of “clean” wind energy.

By implementing an automatic extinguishing system, wind farm operators save themselves the cost of a fire-fighting helicopter. Serious damage that could result from the spread of fire can also be avoided. Using a remote connection from the fire detection system to the Siemens Customer Support Center makes it possible to trace alarms and configure the fire safety and extinguishing equipment from afar. This saves additional costs.

The AFFS systems have a modular design, which is very beneficial in case of fire. The elements can be replaced in the wind turbine by crane quickly and easily after a fire, as well as for service. Even less experienced employees will be able to smoothly replace the fire detection and extinguishing system, as well as connect the systems to the existing power lines. This makes it unnecessary to provide maintenance for the modules once installed. Instead, the modules can be simply replaced at the regular service intervals. The extinguishing modules, for instance, are tested by their manufacturer for reliability and filled, if required. Only the nozzle piping and fire detection lines are permanently installed. They are inspected visually for external damage. 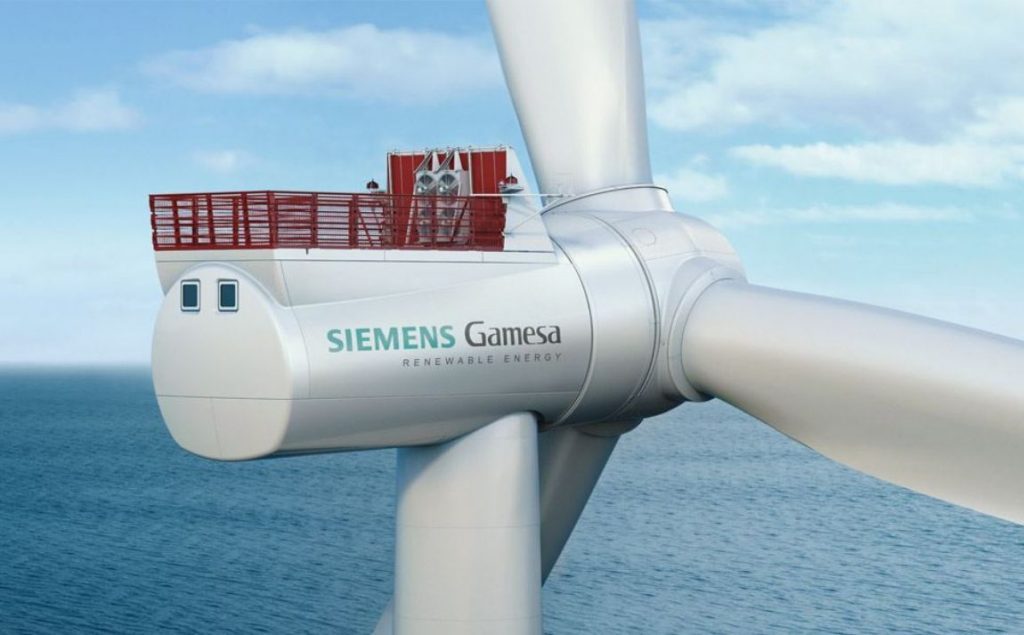