The Northern Ireland Renewables Industry Group (NIRIG) has welcomed comments made on January 30 by Arlene Foster MLA, Minister for Enterprise, Trade and Investment, as she addressed delegates at NIRIG’s annual conference at Hilton Hotel, Belfast.

The Minister hailed the contribution that the renewable energy sector is making in providing electricity and contributing to the economy, stating: “Renewables are a key element of our energy mix and the sector’s importance is growing.”

The Minister also outlined the important role that wind energy can play in reducing greenhouse gas emissions; limiting the exposure to price increases from fossil fuel; and supporting growth in the local economy by generating direct employment and stimulating associated business development. The issue of a sustainable framework to enable future growth was also covered and the Minister reassured the industry that progress options were being explored in relation to the grid which involved a number of partners.

Partnership working was also a theme covered by Jenny Pyper, Chief Executive of Northern Ireland Authority for Utility Regulation (NIAUR), who said: “Sustainability is at the heart of what we do. NIAUR is willing and ready to sign off renewables investments that are efficient.”

Welcoming these comments, Patrick McClughan, who was recently elected Chairman of NIRIG, and who is Commercial Manager for Gaelectric Developments Ltd, the renewable energy and energy storage group, said: “It is wonderful to see such optimism from key decision-makers about the contribution wind can make to Northern Ireland’s electricity supply and economy. It is also very encouraging to see their personal commitment to ensuring this becomes a reality.

“There is a clear desire to work with the industry and its representative body NIRIG to maximise the benefits from our fantastic wind resource by ensuring security of supply which will in turn release other economic benefits. Whilst policy challenges remain, the strong commitment from both industry and Government at the highest level will assist in overcoming these.” 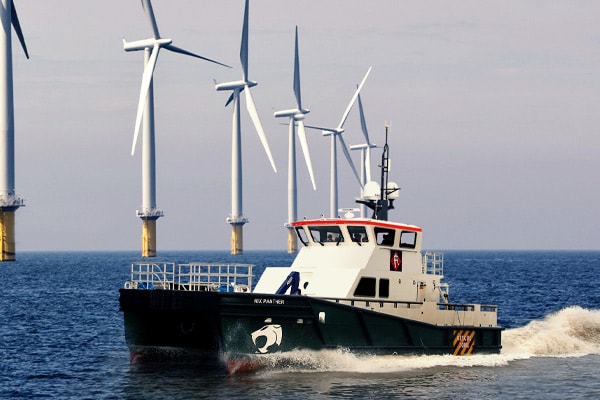