The Christening ceremony of Wind Force II, a wind farm catamaran built by Baltic Workboats, occurred end of May 2013 in Norddeich, the homeport of FRISIA Offshore (FO) vessels in Northern-Germany.

Wind Force II is a sistership of FO-s Wind Force I and also the fifth vessel within the FO fleet.

Although, Baltic Workboats has extensive experience in building vessels for a wide variety of applications including catamarans, this is the first Wind Farm service catamaran being built in the Nasva yard.

What makes it special is the fact that the vessel is built to fulfill new DNV HSLC Windfarm Service II requirements. It makes the catamaran to be first vessel ever built to fully comply with these new rules.

Although being second in the series this vessel has many more improved features. Including a totally new and innovative approach to navigation, communication and vessel control and monitoring system. Vessel displacement is reduced by approx. 6 tons down to 73 tons. 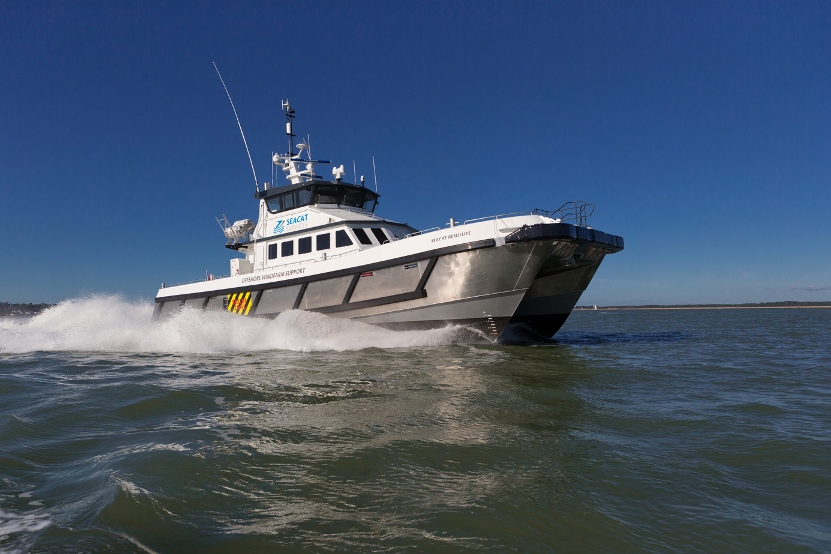