At Sunday’s official opening of Bauma in Munich, BAUER Spezialtiefbau GmbH was presented with the Bauma Innovation Prize in the Construction Process category. Engineer Paul Scheller accepted the award on behalf of the successful team.

The Bauma Innovation Prize is awarded at the start of the triennial event – the largest construction machinery trade fair in the world. The prize – awarded in categories relating to machinery, components, construction process, research and design – is sponsored by a number of industry bodies including the German Engineering Federation VDMA, Munich-based trade fair company Bauma-Messegesellschaft München and the Hauptverband der Deutschen Bauindustrie (German Construction Industry Federation).

The Innovation Prize is a recognition of the joint efforts of BAUER Spezialtiefbau GmbH and BAUER Maschinen GmbH. Specialist foundation engineering company BAUER Spezialtiefbau GmbH was formally the award winner, and its construction engineers implemented the technique with great success. That success was only made possible, however, because the machinery manufacturers at BAUER Maschinen GmbH were able to design and build an entirely new underwater drilling rig through to deployment in just a few months.

The Innovation Prize certainly required concerted efforts: In the summer of 2011, a pile was sunk into the sea bed as the foundation base for a tidal turbine. In the North Sea off Scotland, close to the Orkney Islands, a certified test field has been established for such projects aimed at generating renewable energy. The entire process, from the design phase through to successful execution, was subject to stringent time constraints. Every day was planned exactly: for testing, transportation from Hamburg to the UK, transfer from the port of Scrabster to the drilling location, and for the drilling phase itself.

The new-style drilling rig was lowered to the sea bed from a special ship. Only during the period of relative tidal calm – for an hour or so as ebb turned to flow and vice versa – was it possible to lower the key components of the rig: the drilling template with casing oscillator, guide casing and drilling tool. Multiple drive units held the ship in position with the aid of GPS. The drilling was carried out using a roller bit. The cuttings were transported to the surface by an air-lift system. The torque was provided by a BG 28 rotary drive. At a depth of around 37 metres under water, the 23-metre long monopile in two-metre diameter was compacted in an 11-metre deep rock socket with high-strength mortar. The pile is now capable of supporting the one-megawatt turbine.

This year marks the ninth time that Bauer has operated its own stand at Bauma. It is the third time that the Schrobenhausen-based group has won an Innovation Prize. The first hurdle to overcome was a pre-selection round, from which three nominees in each category went forward to the final. Two Bauer developments actually made it into the final round: alongside the winner in the Construction Process category, a specially designed tablet PC enabling comprehensive data and functionality to be used on-site was also nominated. 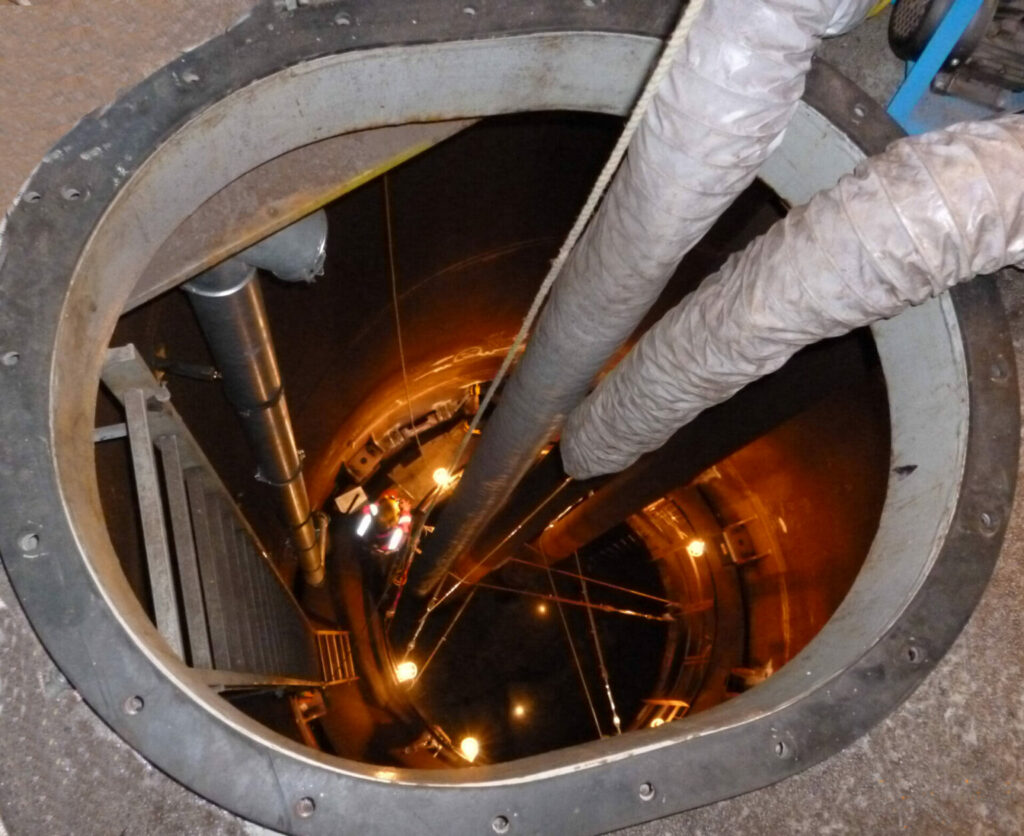