Mr Roberts was commenting during his first tour of the dedicated training centre at Rhos-on-Sea, where he also met with the course tutors and apprentices, all of whom come from Wales.

All six apprentices are expected to take a job on RWE NRL’s most important flagship wind farm projects onshore and offshore in Wales, including Gwynt y Môr – currently one of the largest offshore wind farms in construction in Europe.

Commenting after his visit Aled Roberts said: “It shows what can be achieved when the Further Education sector set up programmes in co-operation with leading companies.

“I enjoyed meeting six apprentices who were able to show me the work that they were undertaking during their training.

“We need to ensure that North Wales takes full advantage of such opportunities so that our young people can become skilled workers within the companies that we are able to attract to North Wales.”

Alan Martin, wind farm operations manager for RWE npower renewables, who accompanied Mr Roberts on the tour, added: “The apprenticeship programme is a pioneering scheme which we are delighted is already attracting attention as the first of its kind in Wales and our first as a company, across Europe.

“We are committed to building a long term local workforce to operate and maintain our portfolio of wind farms both onshore and offshore in Wales.

“This represents a significant investment for us to support the development of young talent in Wales and we hope our partnership with Grŵp Llandrillo Menai will see the College becoming a centre of excellence in training for the renewables sector.”

The wind turbine apprenticeship programme and dedicated training centre was formally opened by the First Minister of Wales, Carwyn Jones in December.

Six trainees, three from North Wales and three from Mid Wales, are spending two years at Coleg Llandrillo’s new wind turbine training centre in Rhos-on-Sea, before gaining first-hand experience on a project in their final year.

RWE NRL is one of the Welsh Government’s anchor companies with an existing portfolio of onshore and offshore wind farms in North Wales, including North Hoyle and Rhyl Flats in Liverpool Bay and onshore projects on Anglesey.

Up to 32 turbines are proposed for Clocaenog Forest, which could generate significant long term local jobs and investments. It will carry with it a community benefit fund of up to £480,000 per year, along with an economic development fund of up to £288,000 per year, both subject to final installed capacity.

RWE npower renewables has been working closely with Grŵp Llandrillo Menai as well as representatives from EU Skills and the National Skills Academy for Power to bring these apprentice opportunities to Wales.

Glyn Jones, CEO of Grŵp Llandrillo-Menai, said: “Energy is one of the Grŵp’s key sectors for economic activity, with both Coleg Llandrillo and Coleg Menai developing provision in this area.

“Coleg Llandrillo’s recent approval as a ‘National Skills Academy for Environmental Technologies’ confirms its importance in helping to expand the low carbon energy sector within Wales, and supports the Grŵp’s strategic goal of developing its curriculum to reflect local priorities and also the economic aspirations and priorities of Wales. The opening of the Wind Turbine Training Centre marks the next stage in Coleg Llandrillo’s plans to help achieve this.

“I am delighted that partnerships with major organisations in the sector have been forged to enable this apprenticeship programme to be launched, and we look forward to developing successful relationships with other key players in the sector in the future.” 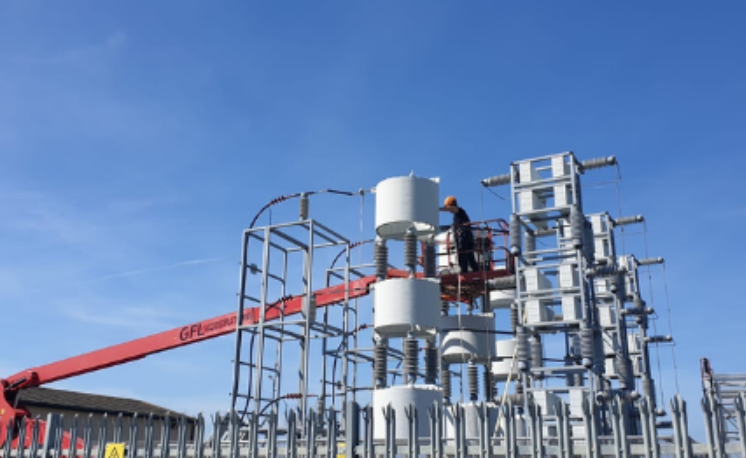