Lamprell had its naming ceremony for the Windcarrier 2 project on 19 January 2013, with various members of the senior management from the customer, Fred Olsen, present. The Windcarrier 2 vessel left the Jebel Ali facility within the last few days and has commenced its final sea trials prior to completion. The Group remains on track to deliver the vessel to the customer as planned on 15 February 2013.

The Group recently completed the construction of the jackup rig “Greatdrill Chaaya” and delivered it to Greatship Global Energy Services Pte. Ltd. Completion and delivery of the rig, on budget and just 18 months after initial steel cutting, was marked with a ceremony at Lamprell’s Hamriyah facility in the UAE, followed by the rig’s departure from the facility on 17 January 2013 to its drilling location in India. The project was completed with 3.9 million man-hours without a lost time incident.

Since the beginning of the year, Lamprell has been awarded a number of contracts for rig refurbishment projects, one of the Group’s core competencies in which it has a well-established and proven track record. This includes a contract for the repair and upgrade of the jackup rig, Rowan California, for Rowan Drilling as well as the major upgrade of Gulf Drilling’s jackup rig, “Gulf 3”. These refurbishment works will be carried out at Lamprell’s facilities in Sharjah and Hamriyah. The Group will also be undertaking the upgrade works on a land drilling rig for NDC, one of our key existing customers, and preparing a jackup rig for Seadrill Asia, the “AOD 1”, to comply with the end client’s requirements, in anticipation of it operating offshore Saudi Arabia. Collectively, these rig refurbishment projects are valued at circa US$30 million.

Lamprell announced on 2 January this year that it had obtained a waiver from its lenders to certain financial covenants in its existing facilities that were due to be tested on 31 December 2012. The Company is continuing discussions with its lenders in connection with the re-financing of its debt and has made good progress to date.

The Company and its lenders are working closely to secure a longer-term financial platform to fund future growth and also, in the short term, to ensure that there is no impact on operations. While all parties have expressed a strong willingness to move forward constructively and in a timely manner, it is likely that the process will take several months before completion. The Company is confident that it will continue to receive the necessary support from its lenders.

Overall, the Group’s trading position remains stable and our previous guidance for the full year ended 31 December 2012, as outlined in the announcement on 19 November 2012, remains unchanged. The working capital situation continues to be healthy.

“We continue to see stability returning to the business and to our operations, as we start to deliver on existing key projects and steps that we have taken to re-establish financial and operational control over the business become effective. The Group has started the year well, with notable positive progress made regarding some major projects and in the cashflow situation, and this allows us to look forward with renewed confidence.

“We are particularly pleased to see further rig refurbishment projects being awarded to us by our existing customers, an area of traditional strength for Lamprell. As we have stated previously, Lamprell will continue to focus on core disciplines where it has a proven ability to deliver a high quality product in a timely manner. This includes the rig refurbishment business, which has been a cornerstone for our business for many years and which will continue to be a high priority for us during this recovery year.” 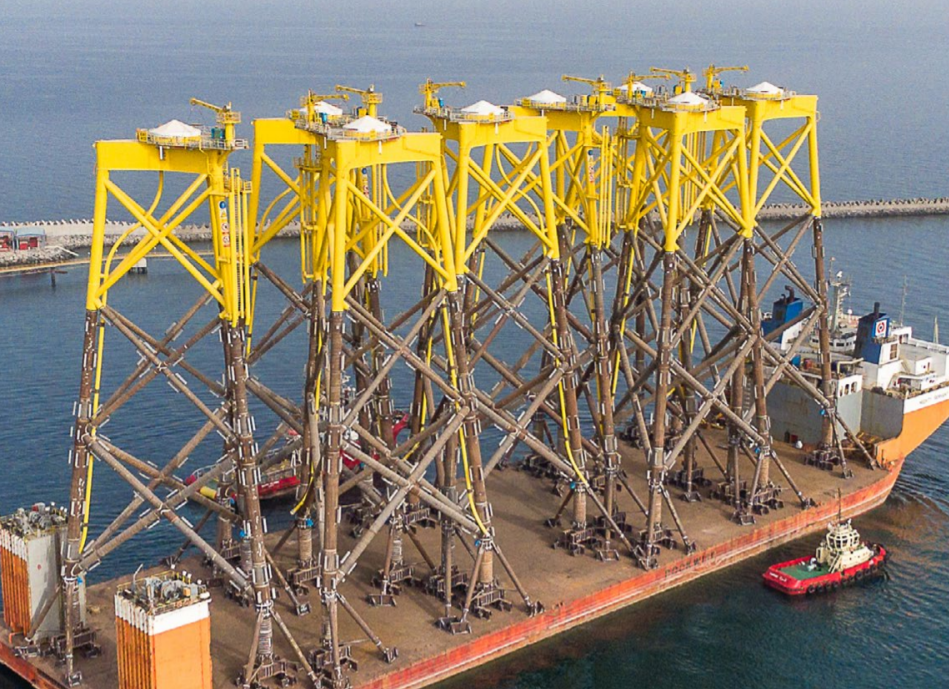