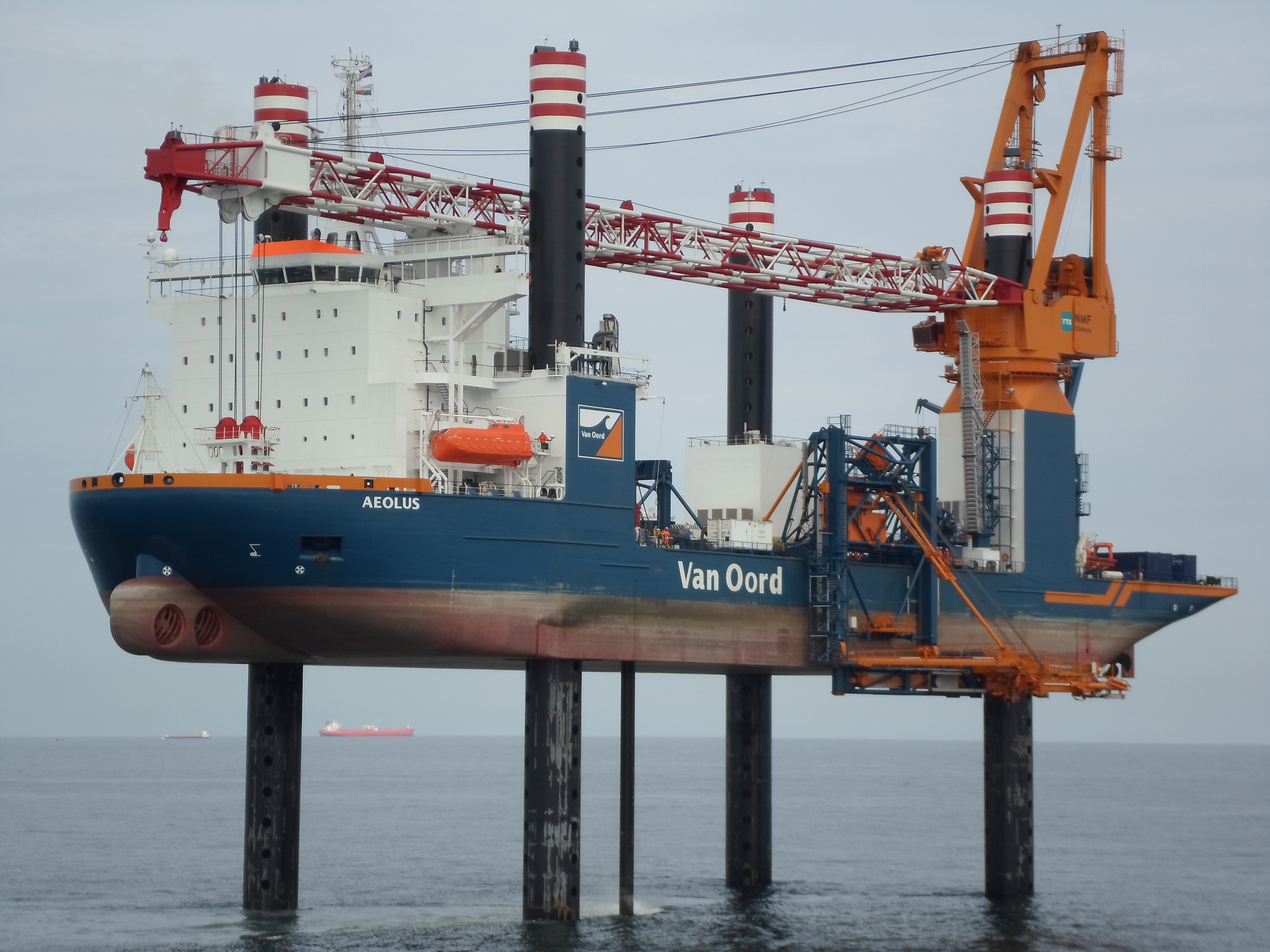 Van Oord’s vessel Aeolus, responsible for drilling and pin pile installation operations for the jacket foundations on the Saint-Brieuc offshore wind farm, has completed its 2022 campaign.

40 positions of the Saint-Brieuc farm’s jacket foundations that will support 62 Siemens Gamesa 8 MW wind turbines have been drilled and fitted with pin piles.

After completing the operations, Aeolus returned to its home port in Vlissingen, the Netherlands, to carry out its in-depth annual maintenance which will last between one and three months depending on the needs identified.

The vessel will return to the Saint-Brieuc area in the first quarter of 2023. There, it will continue drilling and pile installation operations on the remaining 22 wind turbine positions out of a total of 62.

The installation of the jackets, delivered by the Navantia-Windar consortium, started on 1 July. Five vessels have been mobilised for this work, Seven Borealis, used for the lifting and installation of the foundations, North Sea Giant for sealing, and three tug vessels, Kamarina, Eraclea, Onyx. Two barges, Sarens Caroline and H401, have been deployed for transport operations.

Meanwhile, during the month of December, the Prysmian campaign of laying the inter-wind cables will begin.

Prysmian has been awarded the contract to provide the inter-array cable systems for the Saint-Brieuc offshore wind farm back in 2020. Its contract includes design, supply, installation, and commission of the cables.

The 496 MW Saint-Brieuc, developed by Iberdrola’s wholly-owned subsidiary Ailes Marines, is the first offshore wind farm in France to be equipped with jacket foundations. It is located 16 kilometres off the northwest coast of France in the Bay of Saint-Brieuc in the English Channel and once operational in 2023, it is expected to generate enough clean energy for 835,000 people.