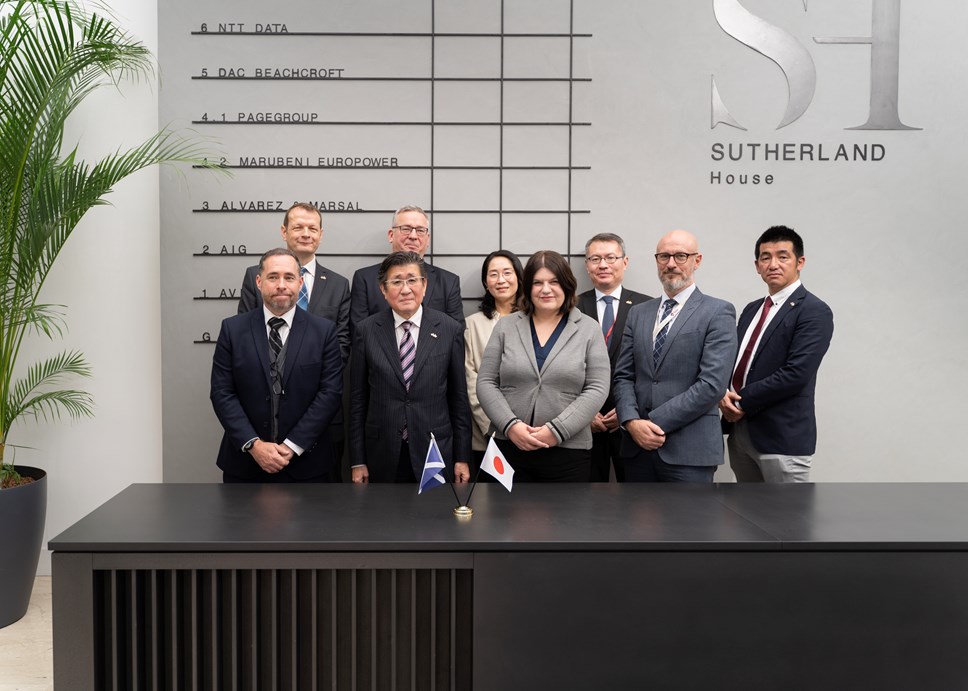 Marubeni Corporation, a Japan-based company operating globally, took a step forward in supporting Scotland in achieving net zero through the development of offshore wind farms and green hydrogen project by opening its first office in the country.

The premises are situated in Glasgow, where the corporation and its partners aim to establish a Green Energy Hub which will supply green hydrogen to local users, including Scottish Event Campus to hold net zero events.

Tomoki Nishino, President and CEO of Marubeni, said: “We are delighted to have opened our office in Glasgow. Especially as a developer of the Scottish offshore wind project Ossian and green hydrogen project in Glasgow, it is extremely important for us to reach out to the stakeholders and citizens of Scotland and listen to their voices. Our members in Glasgow are proudly committed to contribute to achieving Scotland’s net zero ambitions by delivering these significant low carbon projects, together with our friends in Scotland.”

Besides the Green Energy Hub project, Marubeni, together with a renewable energy developer, SSE Renewables, and Danish fund management company, Copenhagen Infrastructure Partners, is a part of a consortium for ScotWind’s floating offshore wind project named Ossian whose aim is to develop one of the world’s largest floating offshore wind farms off the east coast of Scotland.

Scotland’s Cabinet Secretary for Net Zero and Energy, Michael Matheson, who met with Marubeni executives in Tokyo this week as part of a five-day programme of engagements with Japanese energy companies and stakeholders, said: “Scotland has the people, the skills, and natural resources to become a global leader in renewable and low carbon energy. From delivering ScotWind to accelerating low carbon technologies such as hydrogen, our energy transition presents enormous potential.“

David Rennie, Head of Low Carbon Energy at Scottish Enterprise said: “Scotland has strong trade and investment links with Japan, particularly in key sectors such as renewable energy. The opening of Marubeni Europower Limited’s new premises in Glasgow marks an important milestone in further strengthening our valued relationship with the company and its support for Scotland’s net zero ambitions.”

In 2019, the Scottish Government introduced a climate change legislation setting a target date for net zero emissions of all greenhouse gases by 2045.

In November, Ossian Wind Farm announced an increase in the potential overall project capacity of the wind farm from 2.6 GW to up to 3.6 GW that, according to them, would put the Ossian project among the top five largest floating offshore wind farms globally.