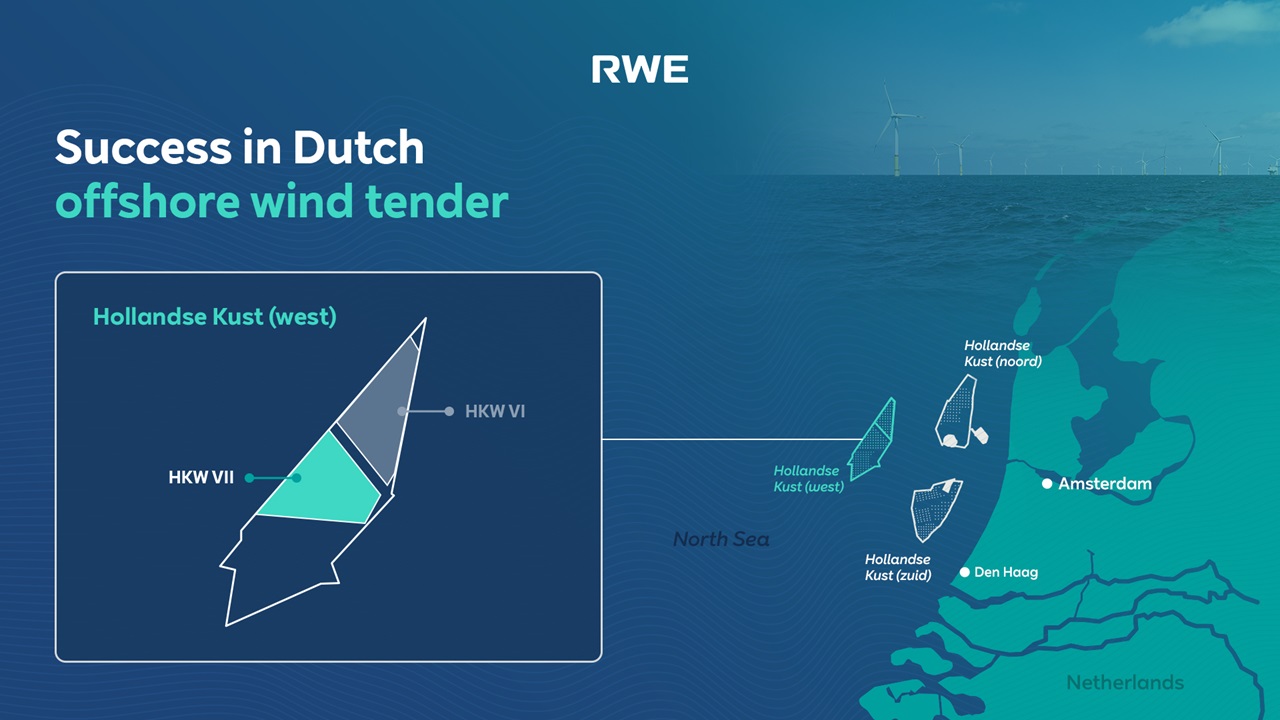 RWE has won the permit to build a large-scale offshore wind farm at the Hollandse Kust West (HKW) VII site in the Dutch North Sea through the subsidy-free tender launched in the Netherlands in April.

The Germany-based developer placed a bid through its project company Oranje Wind Power II and proposed a 760 MW offshore wind farm which is planned to provide surplus electricity to power green hydrogen production on land and to incorporate floating solar panels to allow a more efficient use of ocean space.

RWE also plans to combine other flexible demand solutions within the project, such as e-boilers and battery storage.

“This new wind farm is another major step in making the Netherlands more sustainable. It will produce enough electricity to meet the needs of approximately one million households per year”, said Minister for Climate and Energy, Rob Jetten.

“Wind energy is also very important for companies and industry that are increasingly electrifying their installations, replacing fossil fuels and raw materials. With this project we are making another concrete step towards achieving the goal of 21 GW of offshore wind energy around 2030”.

In July this year, RWE selected SolarDuck as an exclusive provider for offshore floating solar technology with integrated storage in the company’s bid for the HKW VII site.

The Hollandse Kust West VII wind farm, located about 53 kilometres off the Dutch coast, is expected to be in full operation no later than five years after the permit becomes irrevocable.

“This represents an important step on the road towards growing our global offshore wind capacity to 8 gigawatts by 2030. Based on our 20 years of experience in developing, constructing and operating offshore wind farms, we have delivered a unique concept for the project”, said Sven Utermöhlen, CEO Offshore Wind, RWE Renewables.

RWE also submitted a bid for Hollandse Kust West VI, for which the permit winner is planned to be announced on 15 December 2022, at the latest.

For the second site offered in the HKW tender, RWE proposed an offshore wind farm with an innovative ecological concept to deliver positive impact on biodiversity.

Apart from RWE, the tender has attracted bids from Ørsted and TotalEnergies,  Shell and Eneco, SSE Renewables and Brookfield, bp, and Vattenfall and BASF. 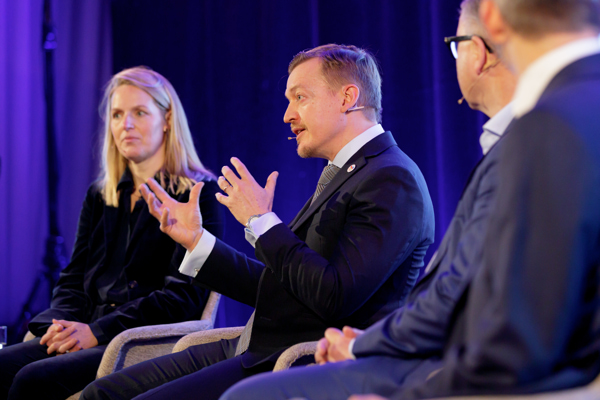