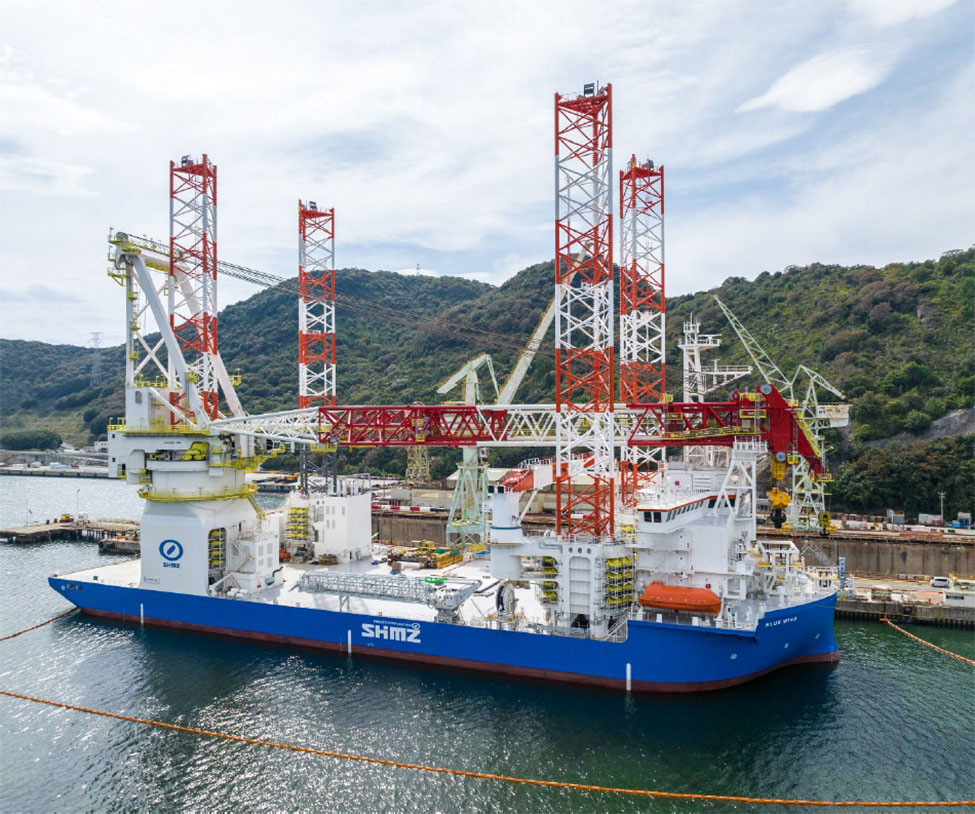 The vessel can operate in depths of between 10 and 65 metres, and is capable of loading, transporting, and installing seven 8 MW, or three 12 MW wind turbines at a time.

Blue Wind has now set sail to undergo about four months of tests and trials off Shikoku prior to starting her first project off the coast of Japan in March 2023, Shimitzu Corporation said.

Japan Marine United Corporation is in charge of the detailed design and construction of the vessel.

The first project Blue Wind will work on is the 9 MW Nyuzen wind farm offshore Nyuzen Town, Shimoniikawa District, Toyama Prefecture. There, the jack-up will transport and install three 3 MW wind turbines which are scheduled to be operational by August 2023.

The vessel’s second project will be the 112 MW Ishikari Bay offshore wind farm where she will transport and install 14 Siemens Gamesa 8 MW wind turbines expected to be operational by December 2023.

In preparation for the construction of the wind farm, the ship will be outfitted at Muroran Port in June, and preparations will be made for construction to start in July 2023, Shimizu said. 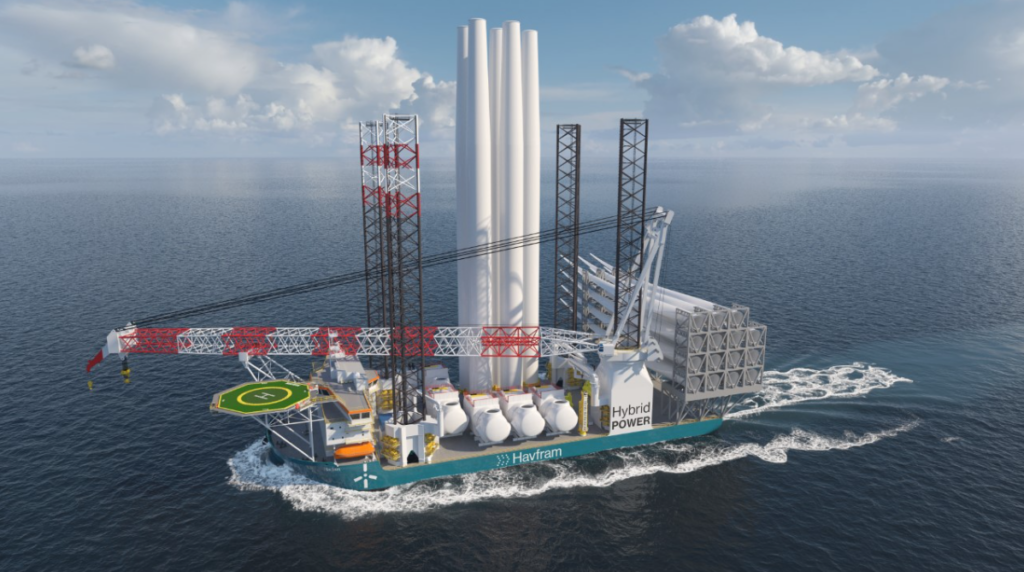