Mayflower Wind has signed a Memorandum of Understanding (MoU) with North America’s Building Trades Unions (NABTU) and the United Brotherhood of Carpenters, known as the Building Trades, for the onshore and offshore construction of its 1,200 MW SouthCoast offshore wind project.

The MoU includes commitments to create jobs for local and diverse workers and to comply with the labor requirements of the Inflation Reduction Act, including paying prevailing wages and utilising apprentices, Mayflower Wind said.

“This critical new partnership between Mayflower and our building trades unions is another example of the types of important opportunities that are coming downwind”, said Massachusetts Senator Edward J. Markey.

“I applaud Mayflower, NABTU and the Carpenters for committing to this agreement that will supercharge our economy and the offshore wind industry, build good-paying jobs for union workers, benefit communities across the Commonwealth, and spark the clean energy revolution.”

Mayflower Wind, a joint venture between Shell and Ocean Winds, merged its two projects selected in Massachusetts’ offshore wind solicitations into one development in June this year.

The developer of the offshore wind energy lease area located off the coast of Massachusetts merged its 405 MW project and the 804 MW offshore wind farm selected by the state in 2019, into one development.

The lease area has the potential to supply 2,400 MW of low-cost clean energy to electricity customers in New England, according to the Shell-Ocean Winds joint venture.

The project will connect to the electricity grid at Brayton Point in Somerset, Massachusetts instead of Falmouth on Cape Cod as initially planned.

Subject to future investment decision, once the first 1.2 GW within the SouthCoast Project is operational in the late-2020s, the offshore wind farm will produce enough electricity to power nearly half a million homes annually and create some 27,000 jobs over its lifetime. 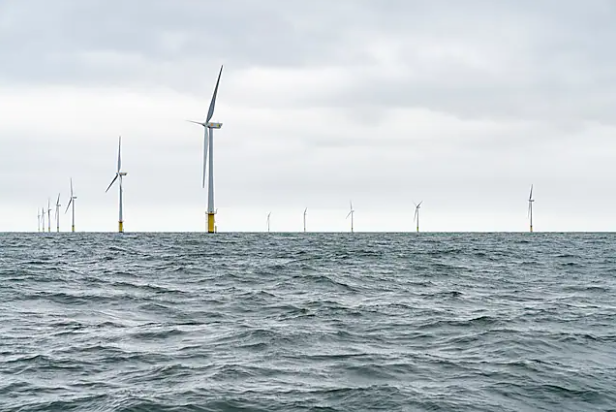