Under the contract, TÜV SÜD will be responsible for the 480 MW Saint-Nazaire, the 500 MW Fécamp, and the 448 MW Calvados (Courseulles-sur-Mer) offshore wind farms.

The company, as Owner’s Engineer, will support RTE with installation and cable protection and will follow up on the design and work of the subsea part of the connections to the three offshore wind farms.

RTE is responsible for connecting the three projects to the French electricity grid.

The export cable connection is already in operation at Saint-Nazaire which was inaugurated by France’s President Emmanuel Macron this morning.

The contract will be a test of the partnership between TÜV SÜD and Tractebel DOC which agreed to work together in the field of offshore wind and jointly implement new projects.

Saint-Nazaire, also known as Parc éolien en mer du Banc de Guérande, will comprise 80 GE Haliade 150-6 MW and is expected to be fully operational by the end of this year.

The project is owned and developed by Eolien Maritime France (EMF), a consortium of EDF Renouvelables, Enbridge, and Canada Pension Plan Investment Board.

The Fécamp offshore wind farm is being built between 13 and 22 kilometres off the coast of Normandy and will have 71 Siemens Gamesa 7 MW wind turbines.

The Fécamp project is being jointly developed by Eolien Maritime France (EMF) and wpd offshore. 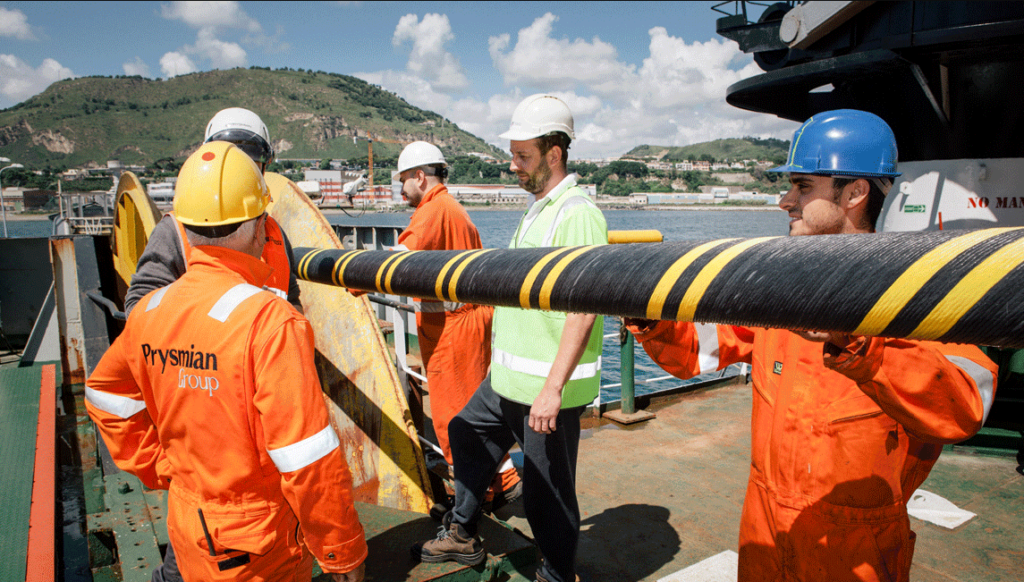