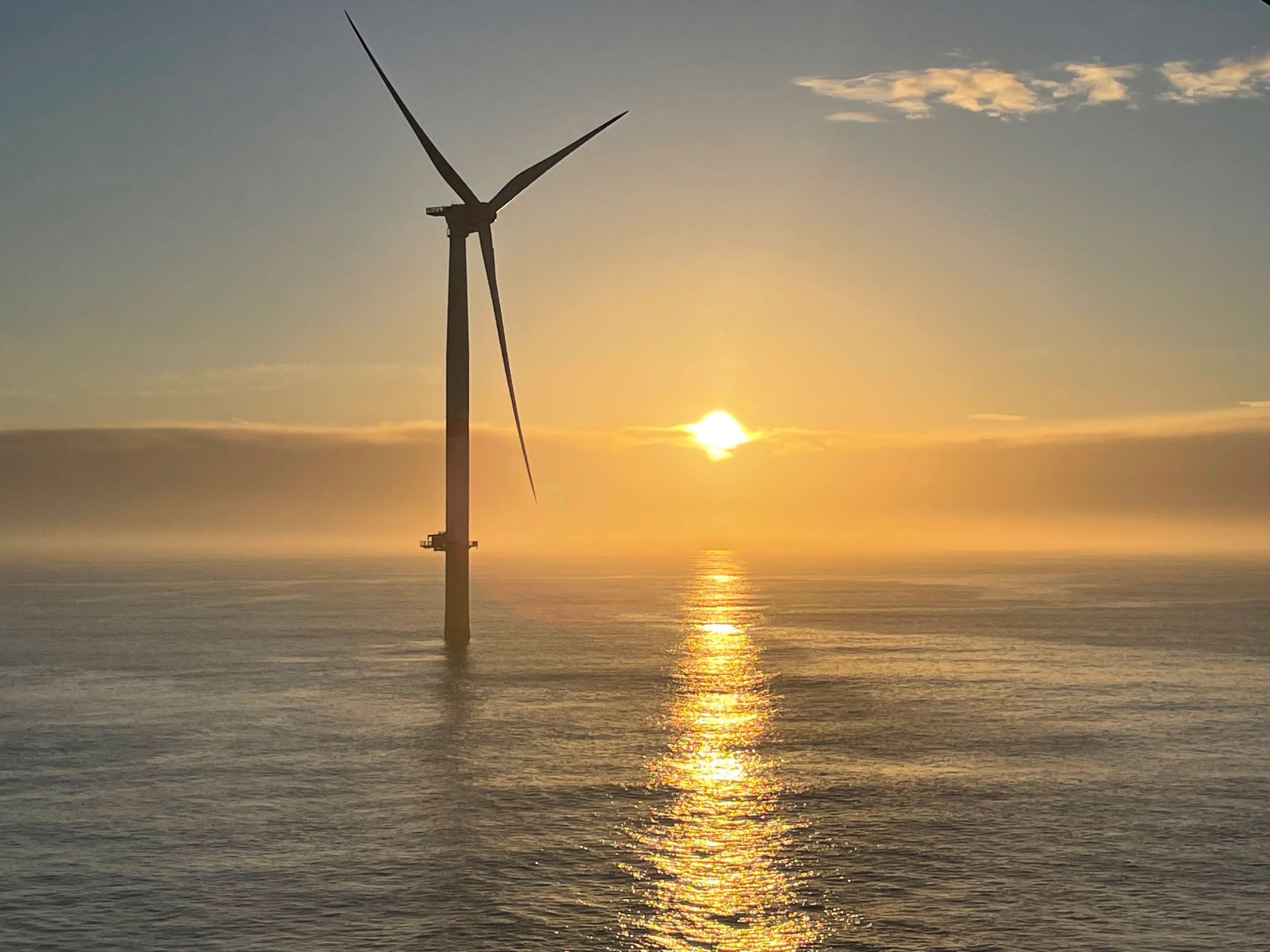 French President Emmanuel Macron has arrived at the Saint-Nazaire offshore wind farm, located between 12 and 20 kilometres off the coast of the Guérande peninsula, where he will inaugurate the country’s first commercial-scale project of this kind.

At the beginning of this month, the last of the total of 80 wind turbines was installed at the project site by Jan De Nul’s jack-up Vole au vent.

The 480 MW offshore wind farm is owned and developed by Eolien Maritime France (EMF), a consortium of EDF Renouvelables, Enbridge, and Canada Pension Plan Investment Board.

France will soon get two more commercial-scale offshore wind farms as construction works are currently under way on the Saint-Brieuc and Fécamp project sites.

The 496 MW Saint-Brieuc offshore wind farm is located 16 kilometres off the northwest coast of France in the Bay of Saint-Brieuc in the English Channel.

The project, which will comprise 62 Siemens Gamesa 8 MW wind turbines, is being developed by Iberdrola’s wholly-owned subsidiary Ailes Marines.

The 500 MW Fécamp offshore wind farm is being built between 13 and 22 kilometres off the coast of Normandy and will have 71 Siemens Gamesa 7 MW wind turbines.

The Fécamp project is being jointly developed by Eolien Maritime France (EMF) and wpd offshore.