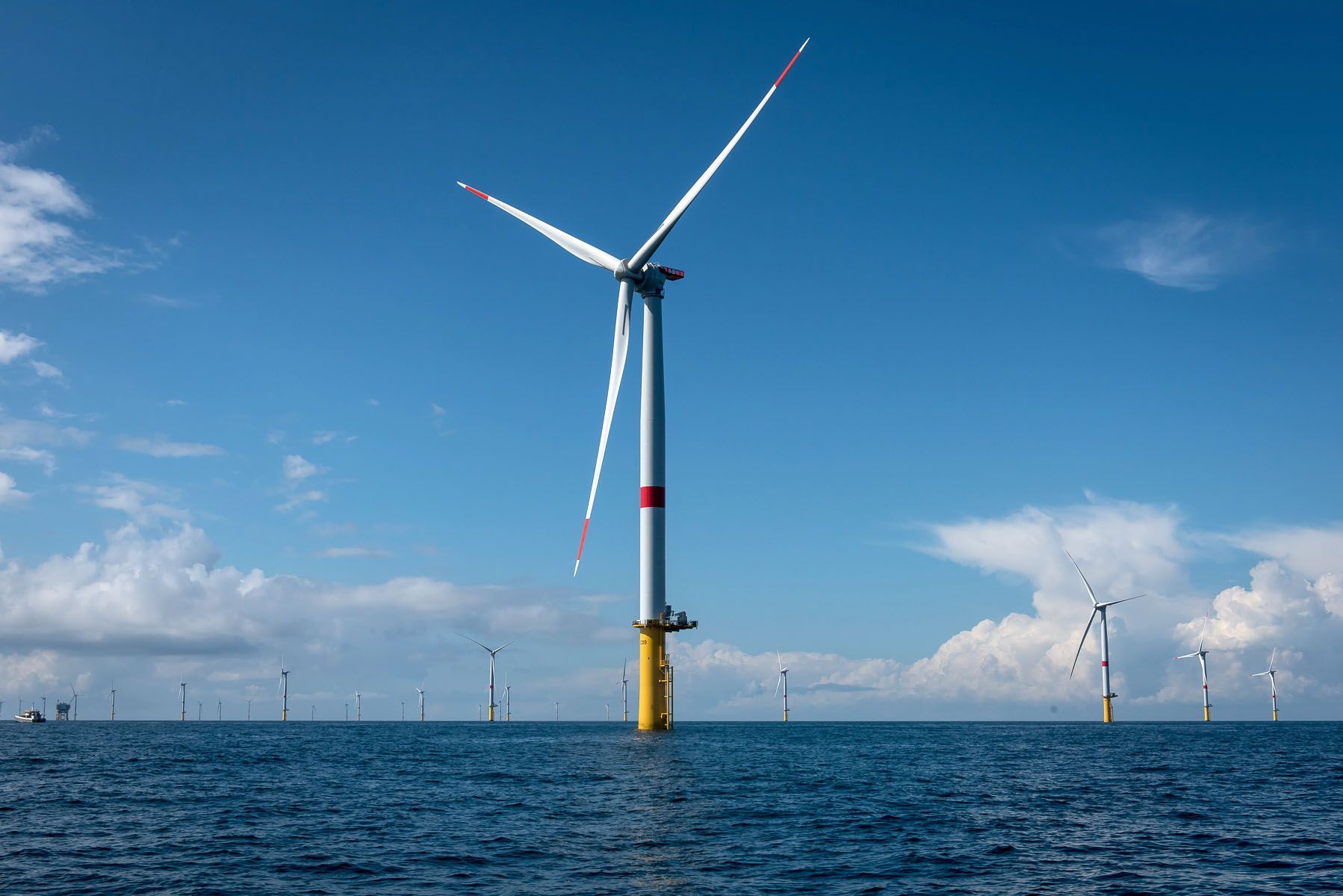 All Turbines Up at France’s First Offshore Wind Farm

Vole au vent transported the wind turbines from the Nantes-Saint Nazaire Port and installed them at the first commercial-scale offshore wind farm in France, being built between 12 and 20 kilometres off the coast of the Guérande peninsula.

The first offshore wind turbine was installed in April and the wind farm delivered its first power to the French national grid a couple of months ago.

Louis Dreyfus TravOcean (LDTVO) finished with the installation of all 80 inter-array cables at the 480 MW Saint-Nazaire last month for which the company used its cable-laying vessel Olympic Triton.

Back in 2018, Louis Dreyfus TravOcean (LDTVO) and Prysmian secured the contract for the supply and installation of inter-array cables.

At the end of May, all 80 foundations were installed using DEME Offshore’s installation vessel Innovation.

The offshore wind farm is expected to be fully commissioned by the end of 2022.