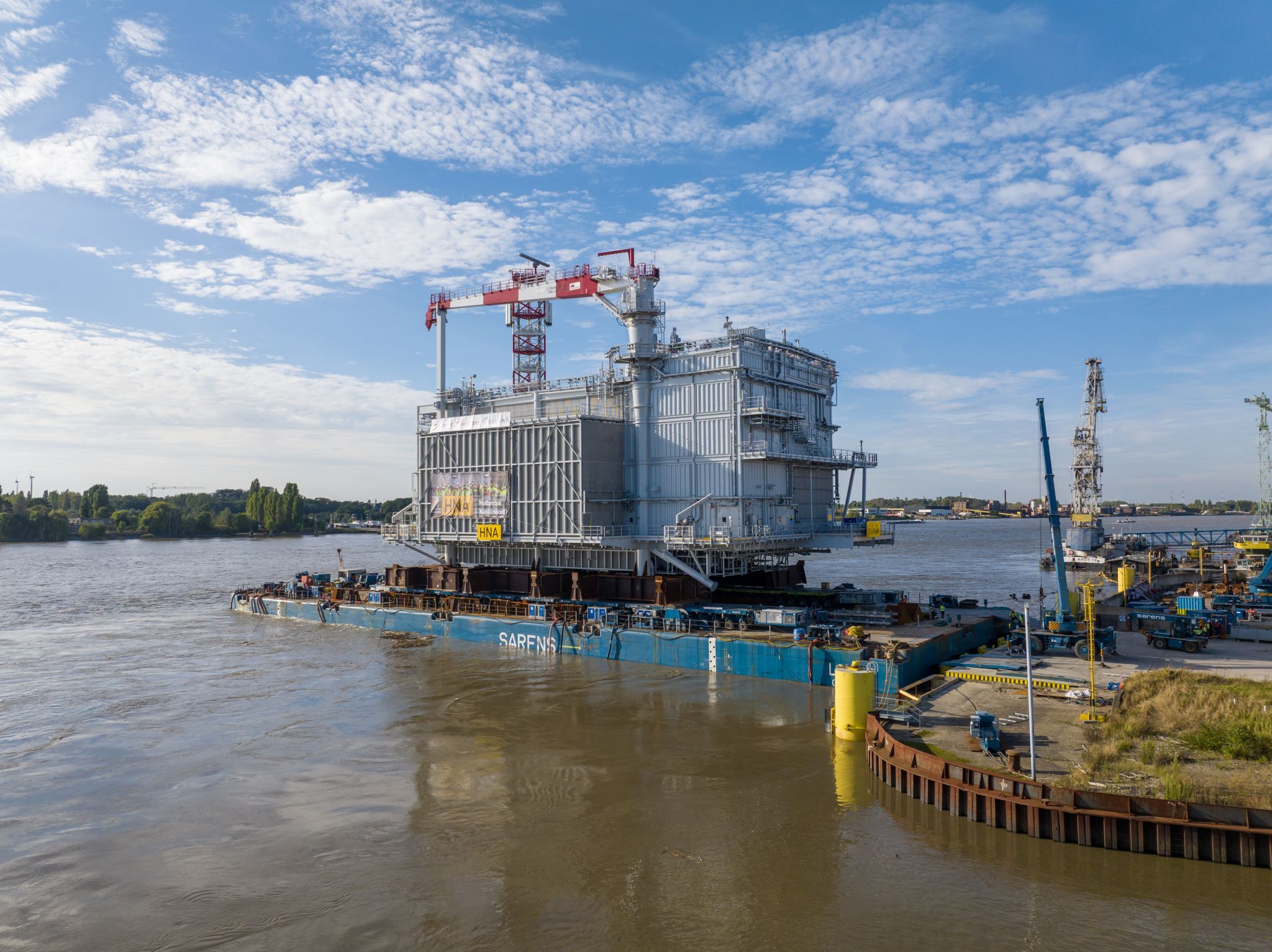 Equans has loaded out the topside for the offshore substation of the Hollandse Kust Noord offshore wind farm that is being built in the Dutch sector of the North Sea.

The company, which is delivering the platform in partnership with Smulders, loaded out the topside on 12 September on the Scheldt along the quay of its yard in Hoboken, Belgium. According to Equans’s updates on social media, the topside will sail out later this fall.

This is the first of the three platforms the two Belgian companies will deliver to TenneT for its offshore wind grid connections.

The project site is located 18.5 kilometres from the coast of Egmond aan Zee in the Netherlands.

The jacket foundation for the Hollandse Kust Noord offshore substation was installed in November last year, when TenneT said the topside was scheduled to be installed in May 2022.

The Hollandse Kust Noord offshore wind farm is being developed by the CrossWind consortium of Shell and Eneco without government subsidies.

The 759 MW wind farm will feature 69 Siemens Gamesa 11 MW turbines scheduled to be fully operational in 2023.