In Scotland, majority of people think renewable energy has a significant social and economic value, and strongly approve of offshore wind farms, according to a public perception study commissioned by the Scottish Government.

However, a significant minority of the study’s respondents that live near an offshore wind development have some negative attitudes towards offshore wind farms, even if their attitudes are broadly positive overall, the study states. This includes around a third (34 per cent) who think that offshore wind farms detract from the traditional image of the coast.

Still, for a vast majority of both national and coastal respondents, offshore wind farms in areas they visit or holiday do not play a role in their choice of destination. According to the study, 81 per cent of its respondents said that, if they could see an offshore wind farm while on holiday, it would make no difference to their choice of destination.

The Public Perceptions of Offshore Wind Farm Developments in Scotland was jointly commissioned by the Marine Scotland Directorate of the Scottish Government and NatureScot.

“This study shows that the vast majority of people in Scotland, including our coastal communities who live closest to offshore wind farms, understand and value the diverse benefits that offshore renewable energy presents”, said Net Zero & Energy Secretary Michael Matheson, who recently visited Aberdeen Bay to tour the European Offshore Wind Deployment Centre (EOWDC) and meet with Vattenfall, the offshore wind developer behind one of the 17 projects awarded seabed rights in the ScotWind auction.

“Already one of the cheapest forms of energy, it is clear that offshore wind has a vital role to play in delivering on our climate obligations, ensuring our energy security and ensuring a fair and just transition to net zero”.

“This research will help us plan future developments and guide our advice on the ScotWind proposals, as we work to support the growth in offshore wind generation while safeguarding nature and minimising landscape impacts”, said NatureScot Chief Executive Francesca Osowska.

Scotland’s offshore wind auction, the results of which were announced in January, turned out to be the world’s largest floating offshore wind leasing round. Of the 17 selected projects totalling 25 GW in capacity, eleven will be using floating wind technology and together account for 15 GW of awarded capacity.

The ScotWind leasing round is forecast to deliver investment of around GBP 25 billion (around EUR 29.6 billion) across the Scottish supply chain in the coming years, creating thousands of green jobs, transforming local economies as well as the national economy, and accelerating Scotland’s journey to net zero, according to the Scottish Government. 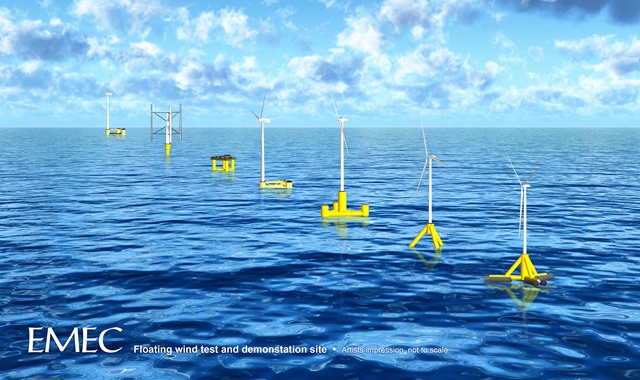