Edda Goelo will commence operations for Siemens Gamesa at Iberdrola’s Saint-Brieuc wind farm offshore France in the third quarter of 2023 under a five-year contract.

The launching ceremony in Zumaia, Balenciaga Shipyard’s headquarters, was attended by representatives of the shipyard, Siemens Gamesa, Iberdrola, and Edda Wind.

”Launching is always a special moment in the building process and a milestone to celebrate. We are very pleased with launching our second SOV built by Astilleros Balenciaga, and to successfully witness Edda Winds second launch this year. Once again, we deliver on our ambitions for the company and the industry as a whole,” said Kenneth Walland, CEO of Edda Wind.

Edda Wind has a newbuild program of eight vessels in addition to Edda Breeze delivered in May this year and Edda Passat and Edda Mistral delivered in 2018.

Balenciaga will deliver the first SOV, Edda Brint, in August.

Edda Goelo will serve as a mother vessel for wind turbine technicians as they perform maintenance work on offshore wind turbines. Contrary to the other Edda Wind vessels, Edda Goelo will not be seen in the company’s usual orange and yellow – for the first time, an Edda vessel will be painted blue and white, in accordance with the Siemens Gamesa’s profile colors.

The vessel can accommodate up to 40 maintenance technicians from Siemens Gamesa and Iberdrola, plus approximately 20 crew members from Edda Wind. The technicians perform scheduled maintenance activities and any other matters that may arise during the two weeks they spend at the wind farm.

”This is Edda Wind’s first SOV to go on a long-term charter to Siemens Gamesa, and we look forward to working with one of the key players within offshore wind,” said Kenneth Walland.

Siemens Gamesa will maintain the Saint-Brieuc wind farm for a minimum of ten years. The contract includes, among other things, maintenance personnel, spare parts, and remote-control service.

”We are delighted to be able to have the Edda Goelo for the maintenance of the Saint Brieuc wind farm, which we are going to install for Iberdrola, and that this vessel has been built in Bizkaia, which demonstrates, once again, Siemens Gamesa’s commitment to the Basque Country,” said John Paul Larrañeta, CEO of Services for Southern Europe and Africa at Siemens Gamesa. 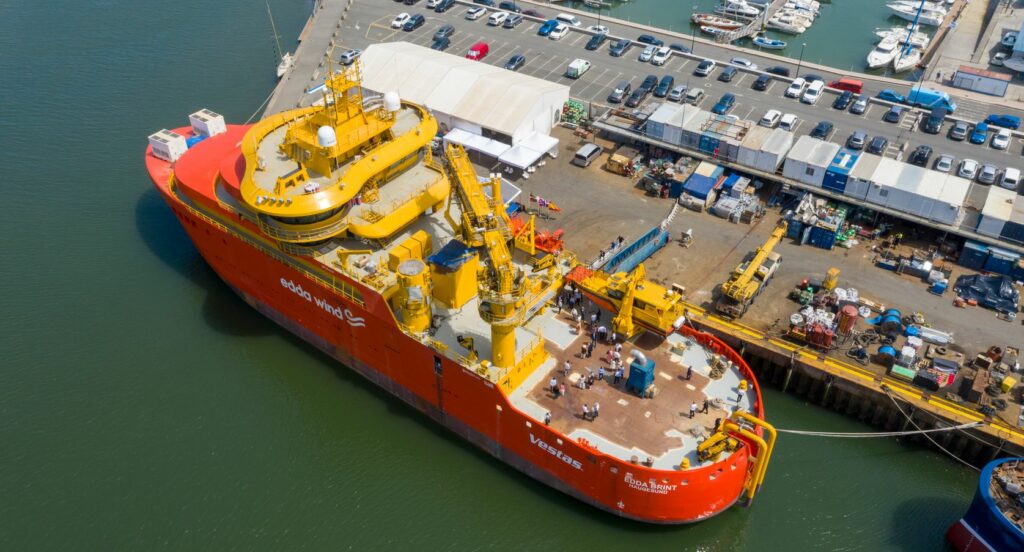