Construction works on the new offshore wind foundation factory in the UK, which will produce XXL monopiles, started on 7 July.

The new facility, located at Redcar’s Teesworks, is being built by SeAH, a subsidiary of South Korea’s pipe manufacturer SeAH Steel Holdings, and will produce between 100 and 150 monopiles per year.

The monopiles will be transported directly from the factory to Teesworks’ under-construction South Bank Quay before heading to the North Sea for installation.

The new GBP 400 million offshore wind facility on Teesside, for which SeAH says will be the first XXL monopile foundation fabrication facility in the UK and the biggest of its kind in the world, will create 750 direct jobs, with a further 1,500 indirect jobs in the supply chain during construction.

According to SeAH Wind, this is also the first scheme driven by private sector investment to begin construction at any UK Freeport.

The company initially planned to build the factory at Able Marine Energy Park (AMEP) on the South Bank of the Humber, but changed the location to Teesworks at the beginning of this year. The reasons were not disclosed.

The 40-metre high, over 800-metres long building, part of the Teesside’s Freeport, will sit on a 90-acre site and will offer 1.13 million square feet of factory space for the production of monopiles up to 120 metres in length, 15.5 metres in diameter and weighing approximately 3,000 tonnes.

The factory will have a 93,324 square metre main monopile manufacturing building, a 3,873 square metre administration office, a maintenance station, a paint facility, and site-specific power stations, as well as a range of staff welfare facilities designed by Ashton Smith Associates.

“Today is a monumental day years in the making. Since 2017 we’ve had a challenging time to secure all of the land at Teesworks and have worked hard to get it remediated and investor-ready as quickly as possible. Now we’ve finally got to the good part”, said Tees Valley Mayor Ben Houchen, who welcomed President & CEO of SeAH Steel Holdings Joosung Lee and Business Secretary Kwasi Kwarteng MP to the Teesworks site to mark the start of construction.

“With the ground breaking at SeAH’s massive new facility, right on our doorstep, it’s a good time to reflect upon the incredible progress we have made in Teesside. Six years ago it looked as if this site would never recover – now this is at the very heart of a new industrial revolution. A cleaner revolution creating the technologies of the future in Teesside and bringing thousands of well paid, high quality jobs back to our region”, said Jacob Young, MP for Redcar.

“As I have said previously, the scale of this green manufacturing site matches the scale of our ambitions for the entirety of Teesworks”. 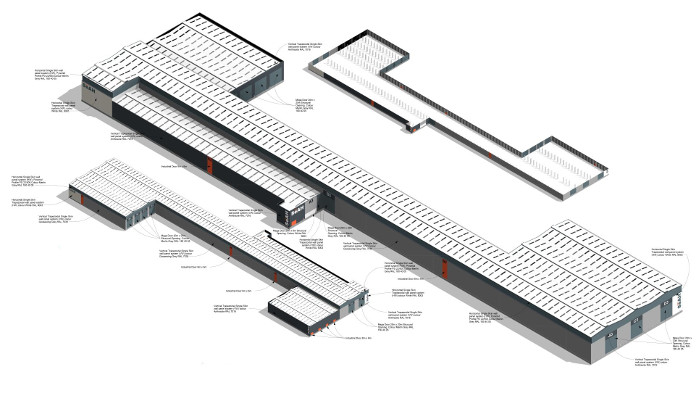