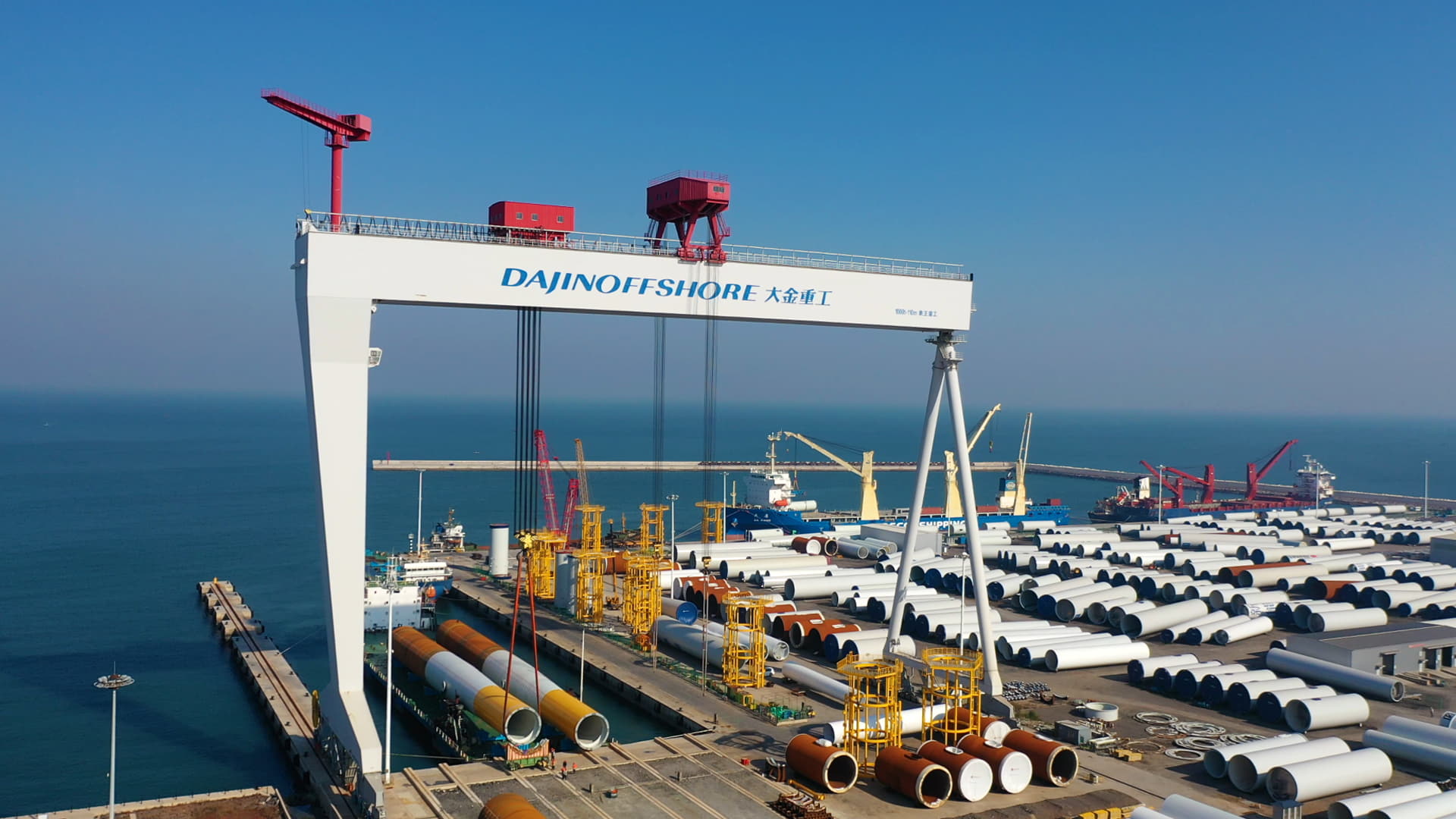 Dajin Offshore Heavy Industry, which just announced that it signed a contract for the supply of monopiles for the UK’s Moray West project, plans to open a manufacturing facility in Europe that would produce both fixed and floating foundations for offshore wind projects.

Given the new contracts, Dajin Offshore Heavy Industry has acquired and is now developing a new fabrication yard in South of China and is planning a foundation facility in Europe.

Both facilities will focus on the production of foundations for the next-generation offshore wind turbines, including XXXL monopiles (3,500-tonne monopiles with a 15-metre diametre and a length of 130 metres) as well jackets and floating foundations.

After being awarded the contract for Moray West, for which Dajin Offshore Heavy Industry is using the steel from Chinese Steel Mills, the company said that this was not only a game changer with monopiles reaching almost 2,000 tonnes and 10 metres in diameter, but also “great support for the wind industry suffering from bottlenecks on fabrication capacity compounded with current steel crisis in Europe”. 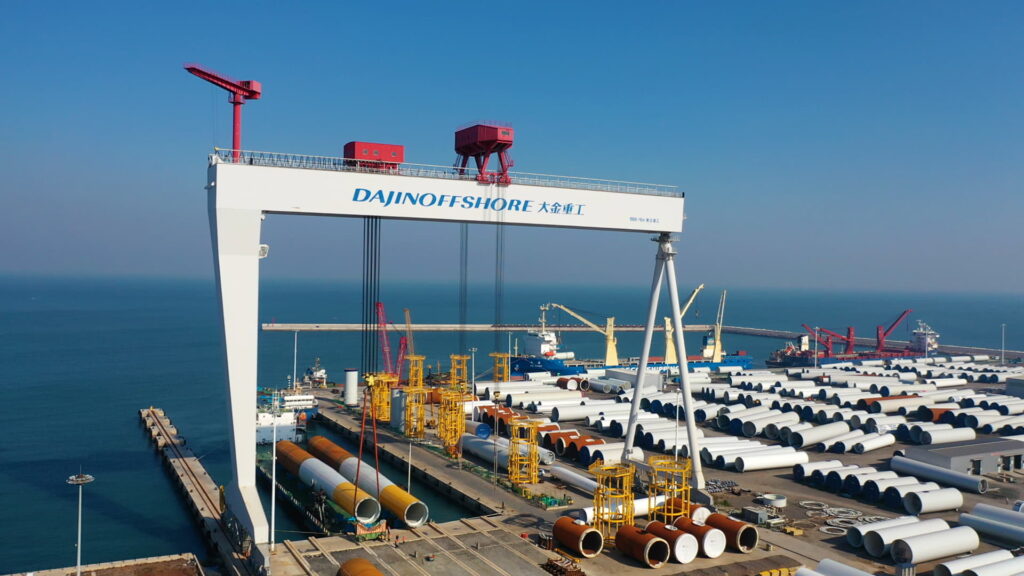