Semi-submersible crane vessel, Saipem 7000, is returning to the Seagreen wind farm offshore Scotland to resume the installation of jacket foundations at the 114-turbine site.

Saipem 7000 and support vessels are expected to arrive on site on or around Wednesday, 1 June, the project’s latest Notice to Mariners shows.

The three-legged suction caisson foundations will be towed to the work site on barges from Nigg, Cromarty, where they will be installed by Saipem 7000.

A number of anchor handling tugs and barges will be involved in transporting the foundations. On completion of the installation by Saipem 7000, foundation grouting operations will take place from the
EDT Hercules.

Saipem 7000 departed from Scotland to Norway for maintenance in April after installing 21 jacket foundations at the site.

The vessel was scheduled to return to the project later in April, but the return was delayed after Saipem 7000 and a couple of barges had suffered what was described as a ”lifting incident” on 14 April.

The vessel returned to ”a stable position and safe condition” soon after developing a list during the crane incident, Saipem said at the time, adding that the incident occurred during ”the planned five-year main cranes load test”.

The remaining 20 installed jacket foundations have since been fitted with turbines.

Situated around 27 kilometres off the Angus coast, the GBP 3 billion wind farm is a joint venture between SSE Renewables (49 per cent) and TotalEnergies (51 per cent).

SSE Renewables is leading the development and construction of the Seagreen project, supported by TotalEnergies, and will operate Seagreen on completion for its expected 25-year lifetime. 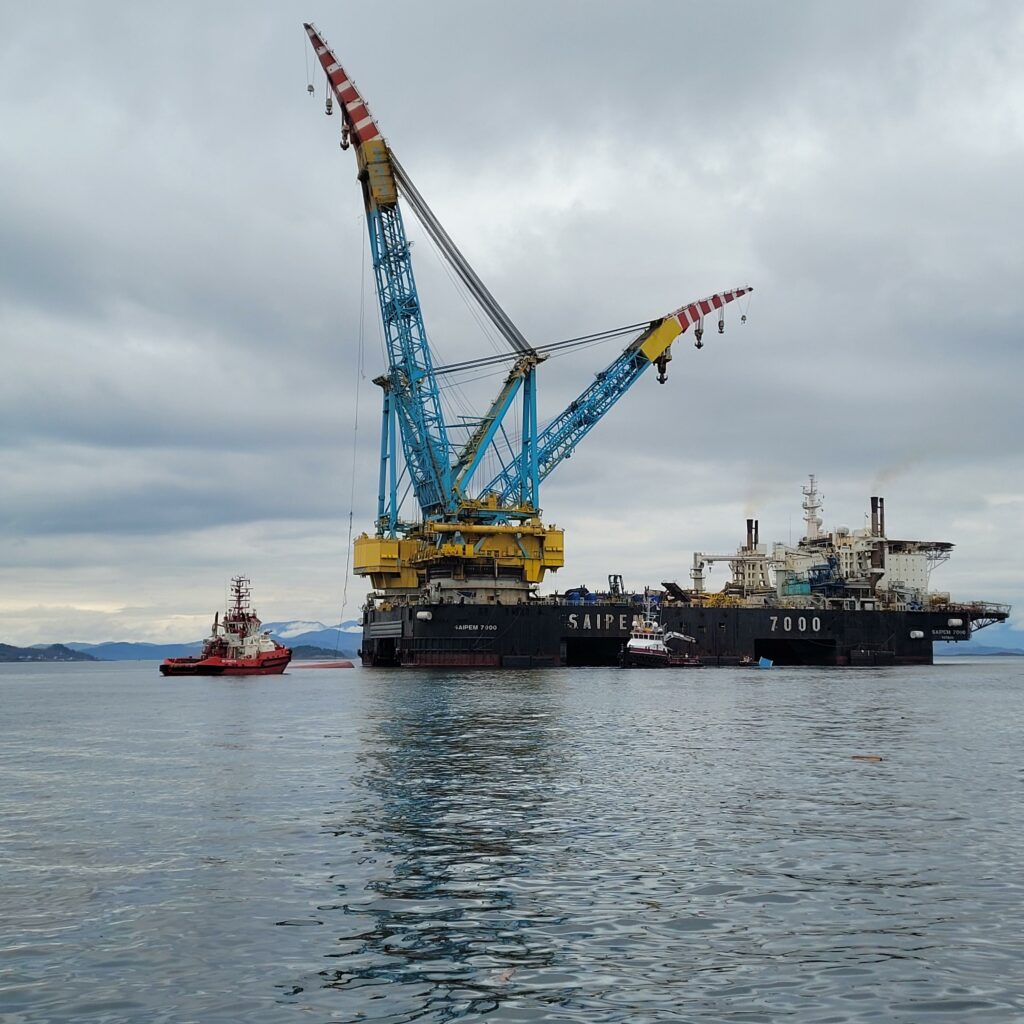