Under the MoU, VCE will provide design services, including load capacity determination, inspection planning, performance assessment, and others, as well as monitoring and analysis for Gazelle’s initial 2 MW pilot plant at the Oceanic Platform of the Canary Islands (PLOCAN).

According to Gazelle, its hybrid floating wind platform is lighter and more agile than current designs, and it also boasts the advantage of faster deployment out in deeper waters.

“Gazelle is providing a unique solution to a widespread problem, namely, how society can take advantage of stronger winds and accelerate renewable energy generation. We believe that Gazelle’s innovative floating offshore wind technology will be a key enabler to the offshore wind market and look forward to taking it to the next stage of development,” said Robert Schnedler, VCE Executive.

Earlier this year, Gazelle signed an MoU with Bridon-Bekaert Ropes Group (BBRG) for the supply of mooring lines for the dynamic mooring system of its pilot floating wind project.

In September 2021, the company received a statement of feasibility from DNV. Two months later, the company partnered up with Maersk Supply Service to support the development of the floating wind pilot.

Under the agreement, Denmark-based Maersk Supply Service will provide the project’s engineering, procurement, construction, and installation (EPCI), which is expected to be completed in the second quarter of 2023.

For VCE, this is the second contract in offshore wind as the Austrian company last month signed a contract to install Structural Health Monitoring (SHM) systems on twelve TenneT’s HVDC platforms in Germany. 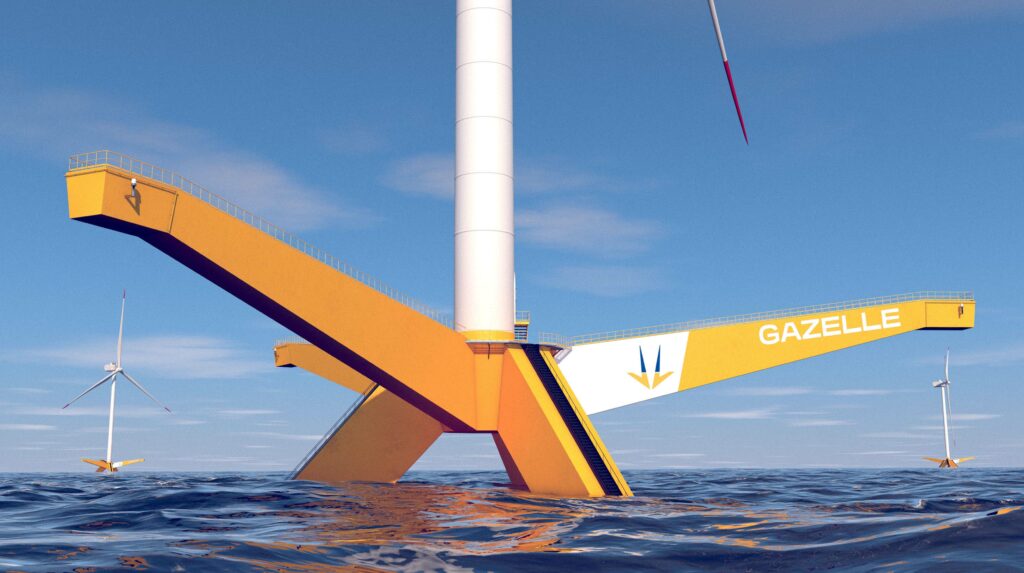