The vessels, being constructed to serve offshore wind farms during commissioning and operation, will be built at Colombo Dockyard PLC in Sri Lanka.

The CSOVs, which will be hydrogen-ready, are expected to be delivered under the Norwegian Flag in January 2024 and July 2024.

The new additions to the Edda Wind fleet will function as mother ships for wind turbine technicians as they perform commissioning and maintenance work on wind turbines, with accommodations for up to 97 technicians and 23 marine crew.

The planned hydrogen fuel system will be based on the Liquid Organic Hydrogen Carrier (LOHC) design by Hydrogenious LOHC Maritime AS and prepare the vessels for future zero-emission operations.

“Tremendous growth is expected in the offshore wind market over the next decades, and the move is a clear signal of Edda Wind’s ambition to be a world-leading provider in this segment and our commitment to ensuring that our newbuilds are environmentally friendly,” said Håkon Vevang, Chief Commercial Officer of Edda Wind.

The two CSOVs are, in principle, sister vessels to a DNV-classed newbuild that is currently under construction at the Spanish shipyard Astilleros Gondán.

About a month ago, Edda Wind ordered three more CSOVs specially designed for service operations during the commissioning and operation of offshore wind farms. One vessel will be built at Astilleros Gondán in Spain (which totals up to five CSOVs being built by Gondán Shipyard), and two vessels will be built at Colombo Dockyard PLC in Sri Lanka.

The vessels’ key features include anti-heeling and roll reduction systems to provide good working conditions onboard, as well as a motion-compensated gangway system with an adjustable pedestal to ensure safe and optimal connections to the turbines, even in harsh weather conditions, said DNV.

“Advanced CSOVs that offer both next-generation technology and comfortable accommodation are an important part of the value chain in a booming offshore wind market that is expected to grow as the demand for renewable energy soars over the coming decade,” said DNV. 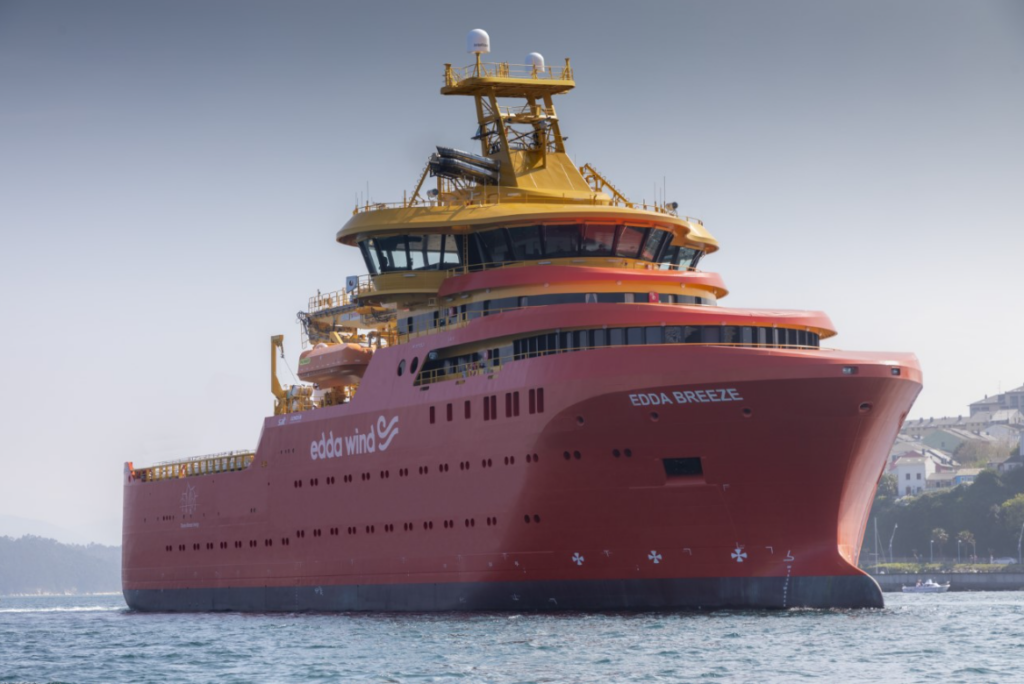