16.8 gigawatts (GW) of new commissioned offshore wind capacity was added globally in 2021, a 161 per cent increase compared with 2020, fueled largely by increased activities offshore China, according to a new report by research company BloombergNEF (BNEF).

Siemens Gamesa, which had been top of the rankings since 2017, slipped down to sixth place, just behind Vestas.

”China dominated the offshore wind market as the industry yet again showed what it can do when subsidies are on the line,” said Oliver Metcalfe, head of wind research at BloombergNEF.

Other markets are expected to fill the expected gap in 2022 as the offshore installations drop off in China, Metcalfe added.

These include the UK which will add more than 3 GW of offshore wind capacity for the first time in a year, and Taiwan, where activity is expected to pick up.

”Policy continues to play a major role in driving the global wind market, as developers chase feed-in tariffs where they’re still on offer,” said Isabelle Edwards, senior analyst at BloombergNEF and lead author of the report.

”We saw an onshore wind boom in China and the U.S. in 2020, while last year the focus shifted to China’s offshore market and Vietnam.”

Overall, 2021 was a record year for the wind industry with 99.2 GW of new capacity brought online and edging past the 98.5 GW commissioned the previous year, according to BNEF.

Vestas regained its spot at the top of the ranking, adding 15.2 GW worldwide. This is a 3.2 GW lead on its nearest competitor, Goldwind, which was in second place with 12 GW.

Siemens Gamesa took the third spot in the ranking. General Electric, the previous year’s leading turbine maker, fell to fifth place as installations dropped 22 per cent in its home market the US, BNEF said. 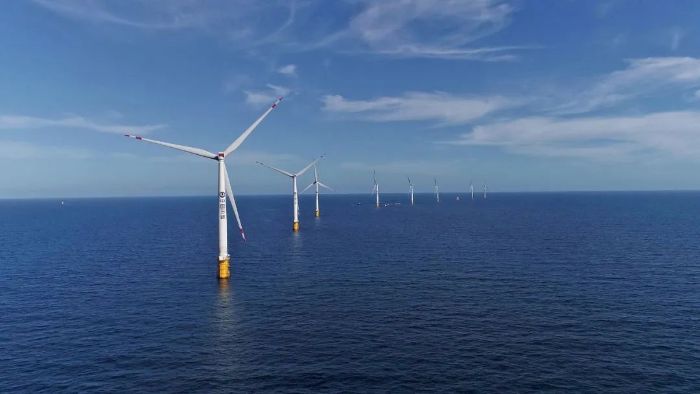