After recently appointing Royal HaskoningDHV together with Mott MacDonald for the production of an Environmental Impact Assessment Report (EIAR) for their 1 GW floating wind project in Ireland, DP Energy and Iberdrola have now hired Fehily Timoney and Company, together with Intertek and MarineSpace, for the same work for their proposed 1 GW bottom-fixed offshore wind farm in the country.

Irish environmental consultancy Fehily Timoney and Company has been awarded the work as lead consultant alongside Intertek and MarineSpace as partner consultants for the DP Energy and Iberdrola’s Shelmalere offshore wind project, proposed to be built off the coasts of Wicklow and Wexford.

The 1 GW project is currently in an early development stage, with ecology surveys underway and site investigation surveys being planned.

Fehily Timoney and Company, Intertek and MarineSpace will deliver a full Environmental Impact Assessment Report (EIAR) to examine the potential impacts of the proposed development on the surrounding environment including sea, land and wildlife.

The appraisal to be set out in the EIAR will look at the full project lifecycle from site investigations to construction and right through to operation and eventual decommissioning of the wind farm.

The developers also held a public information event for the Shelmalere project on 10 March, with a number of further public consultation events to be announced over the coming year.

The 1 GW offshore wind farm is part of a 3 GW pipeline of offshore wind projects that DP Energy and Iberdrola have in Ireland after entering into a joint venture in February 2021.

At least two of the three potential 1 GW projects are expected to be operational between 2028 and 2030, according to DP Energy.

The Shelmalere offshore wind farm, planned to be operational by 2030, can generate enough green energy to power the equivalent of nearly 860,000 homes. 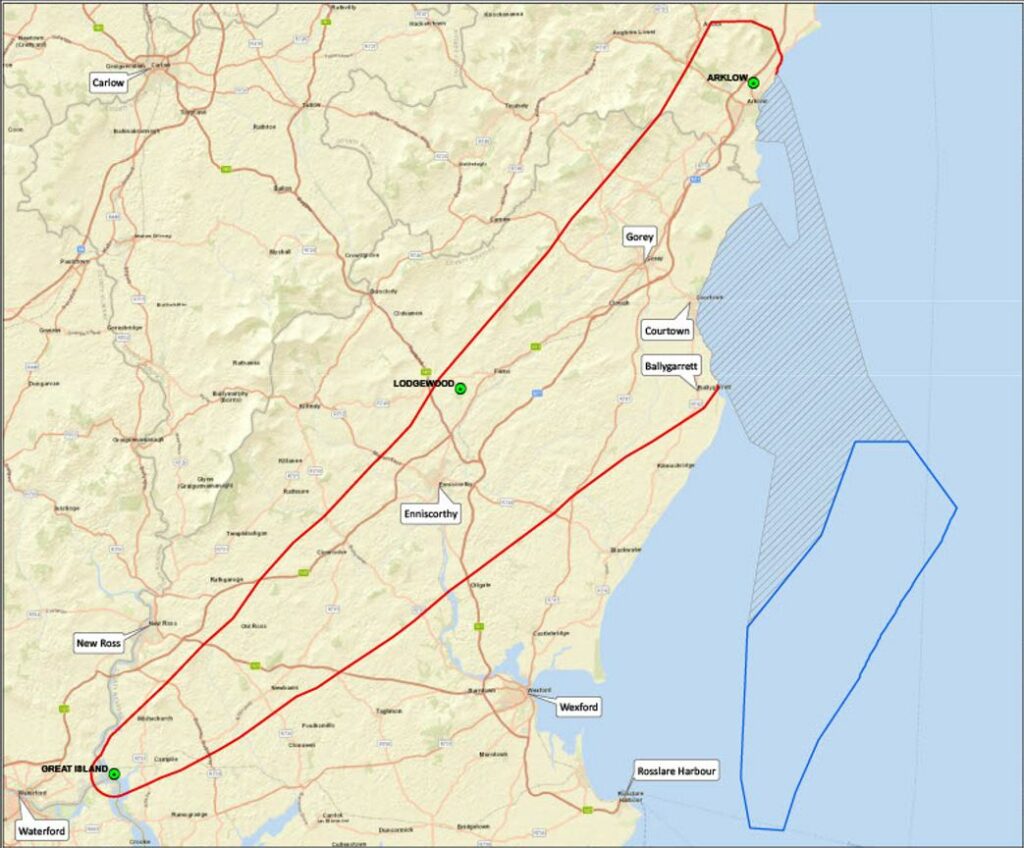