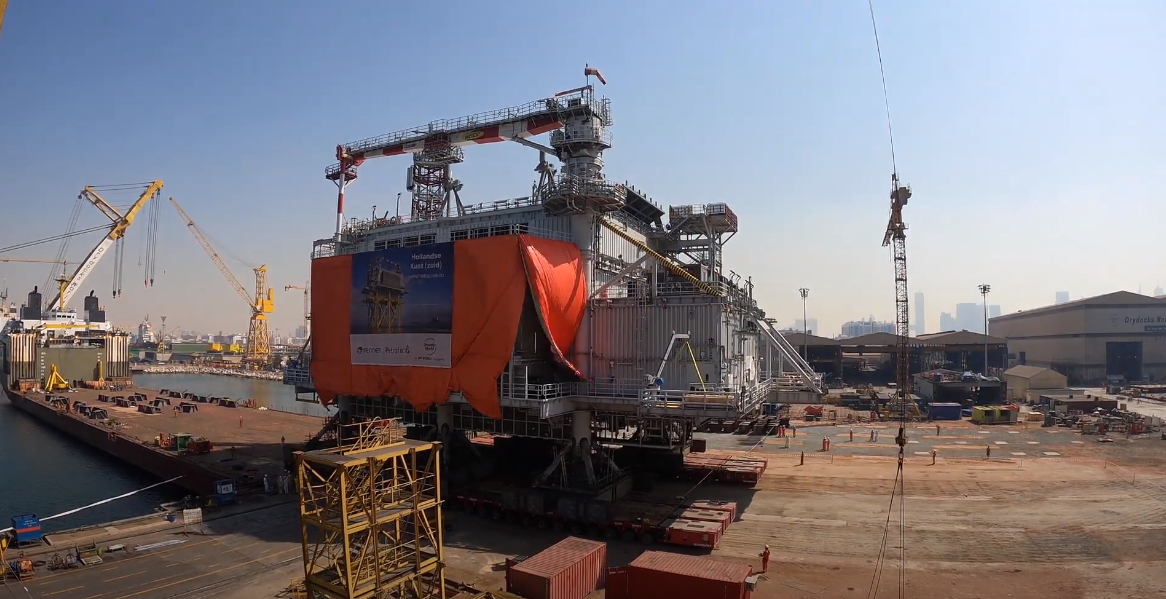 The topside for the Hollandse Kust Zuid Beta offshore substation has been loaded onto a vessel at Drydocks World Dubai in the United Arab Emirates.

The topside is expected to start its journey to the Dutch North Sea shortly, TenneT, the platform’s owner and operator, said.

Mammoet was in charge of loading the topside onto a Boskalis vessel.

The High Voltage Alternating Current (HVAC) offshore transformer station is being delivered by Petrofac, who was also in charge of delivering the Hollandse Kust Zuid Alpha substation. Both substations were built at Drydocks World Dubai.

The jacket foundation for the Hollandse Kust Zuid Beta platform was installed at the site in June 2021.

The jacket has recently suffered damage after an out-of-control cargo ship collided with it during Storm Corrie.

The project will comprise 140 Siemens Gamesa 11 MW wind turbines scheduled to be commissioned in 2023.