The 300 MW Yangjiang Nanpeng offshore wind farm in China, developed by China Energy Conservation and Environmental Protection Group (CECEP), has been fully connected to the grid after its 55th and final wind turbine was installed at the end of the last month.

According to CECEP, this was the first time wind turbine installation works in the South China Sea took place during winter.

The offshore wind farm, located some 30 kilometres off China’s mainland and to the southeast of the Hailing Island, saw its first MingYang MySE 5.5-155 unit being installed in March 2020.

Since January of this year, when some of the project’s wind turbines were connected to the grid, the Yangjiang Nanpeng offshore wind farm generated a total of 180 GWh of electricity, the developer said.

With all the turbines commissioned, the 300 MW project is expected to have an annual power generation capacity of 800 GWh, saving about 249,800 tonnes of standard coal consumption and reducing carbon dioxide emissions by about 454,000 tonnes.

The Yangjiang Nanpeng offshore wind farm, installed in water depths of between 23 and 32 metres, also comprises a 220kV offshore substation and an onshore centralized control center, and it is the first wind project in Guangdong Province that uses jacket foundations. 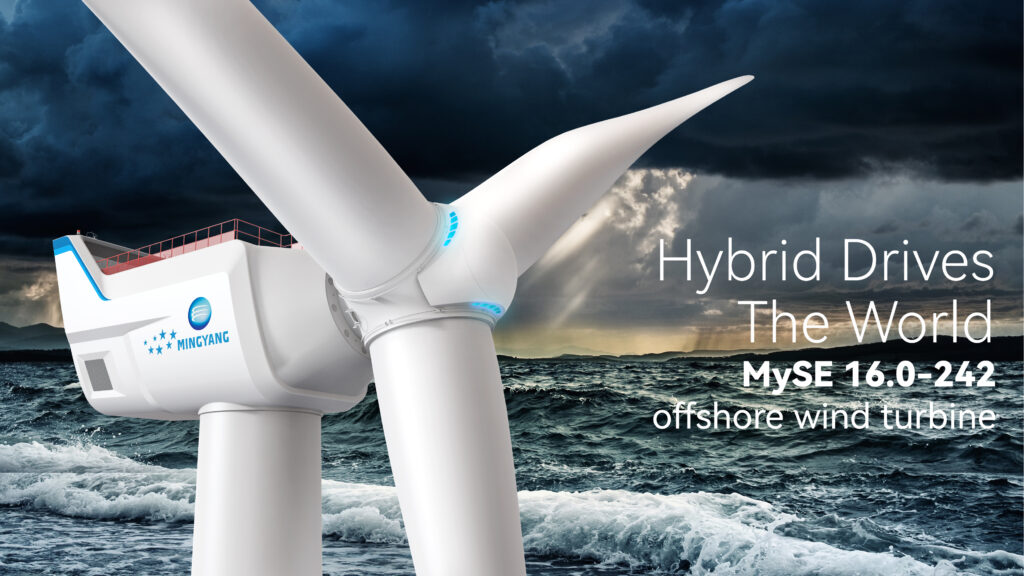