ESB’s offshore wind project partner in Ireland, Equinor, has decided not to continue with offshore wind development in the country, the Irish utility company and renewable energy developer confirmed to OffshoreWIND.biz following this morning’s (4 November) news in the Irish Examiner.

Equinor’s decision to pull out of the early phase offshore wind activities in Ireland had been partly motivated by the local regulatory uncertainty and came after a review of its strategy to develop profitable growth in renewables, according to ESB. Equinor is yet to respond to OffshoreWIND.biz on the matter.

However, this does not mean the projects themselves have been stopped, as ESB said it remained fully committed to developing and delivering the major portfolio of offshore wind projects in Irish waters that it partnered on with Equinor.

“While ESB is disappointed with the decision by Equinor to withdraw from Irish offshore wind development, this in no way diminishes the ambition of ESB to deliver an offshore wind portfolio of scale in our home market. The ESB team is making strong progress on the development work associated with an exciting multi-GW portfolio of projects. The first of these projects, Oriel Wind Farm in partnership with Parkwind, will enter into the first offshore wind renewable auction in 2022”, ESB said in a statement.

Equinor and ESB entered into a partnership to cooperate on the Irish offshore wind projects in 2019, saying they would work together on identifying suitable sites for new offshore wind farms in Irish waters and on maturing potential future projects.

Earlier this year, the two companies announced they would jointly develop a 1.4 GW Moneypoint floating offshore wind farm off the coast of Counties Clare and Kerry, which would be capable of powering more than 1.6 million homes in Ireland.

The wind farm is part of ESB’s plan to transform the Moneypoint power station in County Clare into a green energy hub. At its peak, Moneypoint produced 25 per cent of Ireland’s electricity requirements, burning primarily coal. As part of ESB’s Green Atlantic @ Moneypoint project, the site is planned to be transformed into, among other things, a construction and assembly centre for floating wind turbines.

“Significant preparation work, including foreshore licence applications, has been completed and ESB believes that these projects will make an important contribution to the Programme for Government’s target of 5GW of offshore wind by 2030”, ESB said in a statement.

Over the past couple of years, the country has intensified its work on setting up its policies and regulations to ease the development of offshore wind projects in its waters, and has recently opened consultation on its first offshore wind auction.

The Irish government plans to hold at least three offshore auctions. However, due to the relatively long development timelines of offshore wind projects, only the first two of these auctions can be expected to contribute towards the 5 GW by 2030 capacity target, the government said last month.

A number of milestones are required before the launch of the first offshore wind auction, according to the government. These are the enactment of the Maritime Area Planning (MAP) Bill, the commencement of relevant secondary legislation, the establishment of a Maritime Area Consent (MAC) process, and the issuing of MACs to Phase One offshore projects.

Additionally, an offshore grid connection assessment process must be established. This is being progressed by the CRU (Commission for Regulation of Utilities) in tandem with the development of Renewable Electricity Support Scheme (ORESS 1) terms and conditions. 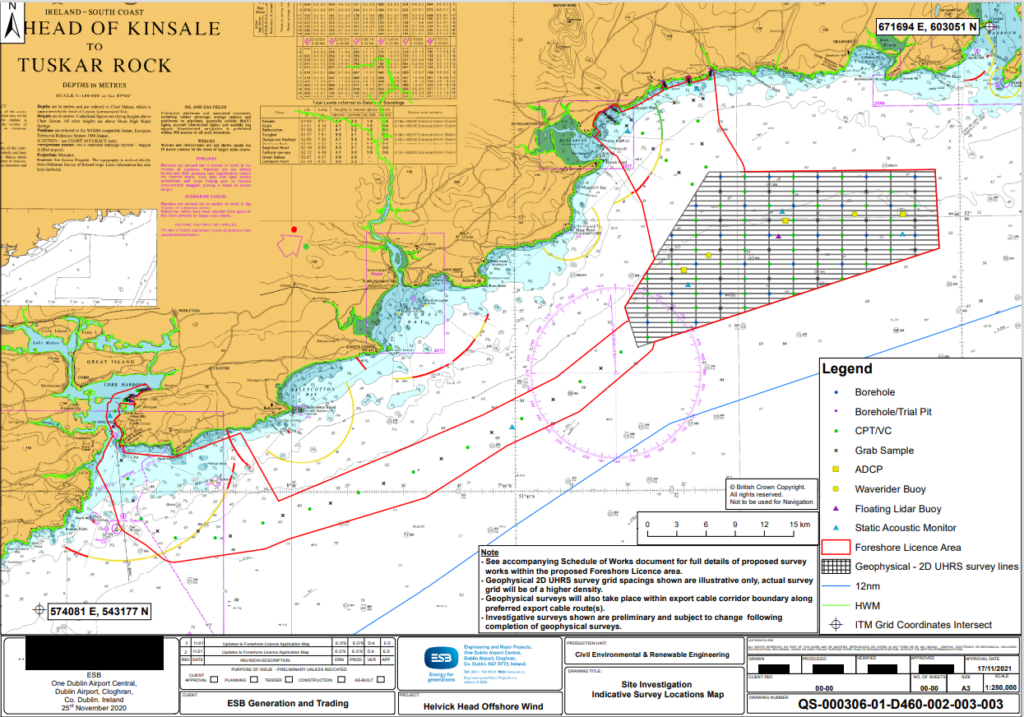