BP and Equinor, through their joint company Empire Offshore Wind, have filed a request with the Federal Energy Regulatory Commission (FERC) to postpone the deadline for putting their 816 MW Empire Wind 1 offshore wind farm into commercial operation by a year and a half.

In the request, filed on 13 October, Empire Wind is seeking a one-time, limited waiver of one of the requirements of an interconnection agreement (IA) with the New York Independent System Operator (NYISO), which is set to soon enter into force and oblige the developer to start producing electricity commercially by 14 June 2025.

Namely, according to NYISO’s Open Access Transmission Tariff (OATT), prior to execution of the interconnection agreement for its project, a developer may not establish a proposed COD for the project that is more than four years after the date on which NYISO completed the Class Year Facilities Study for that project. Because NYISO completed this Study on 14 June 2021, the last date for achieving COD that Empire Wind is able to propose in the agreement is 14 June 2025, the developers said.

However, Empire Wind has concluded that the project cannot meet this Commercial Operation Date (COD) deadline, citing “expected timelines for receiving action on key permits and governmental approvals” and “the inherent complexities of constructing and commissioning” of the project as the reasons behind seeking to push back the COD deadline to 14 December 2026.

“Empire Wind should not be required to enter into an IA representing that the Project will achieve COD in June of 2025, which Empire Wind already knows to be impossible and which is inconsistent with representations that Empire Wind has made to other authorities”, the developer states in the request submitted to FERC.

Since NYISO also requires assurance that the projects on its interconnection list are making progress towards commercial operation, Empire Wind said it had tailored the requested waiver to ensure that it would provide NYISO with assurance that the 816 MW project is continuing to make substantial progress in moving forward towards the established four-year deadline.

“[Empire Wind] recognizes the importance of assuring NYISO and other stakeholders that it is making reasonable progress toward the completion of its project during the time between execution of the Project’s IA and the COD established therein. To strike the appropriate balance between these two concerns in the unique facts presented in this case, Empire Wind respectfully requests that the Commission grant it a limited, prospective waiver of the interconnection milestone requirements of OATT § 30.4.4.5.1”.

During the period between receiving a Site Assessment Plan (SAP) from the Bureau of Ocean Energy Management (BOEM) and submitting a Construction and Operation Plan (BOEM) in June of this year, Empire Wind negotiated an agreement to sell its renewable energy credits to the New York State Energy Research and Development Authority (NYSERDA) and completed the NYISO’s interconnection process, posting more than USD 42 million in firm security for the project’s network upgrades, the developer noted.

Equinor, which was developing the project until the beginning of this year when BP joined in, acquired the lease for the Empire Wind site in 2017. The lease site, located 24-48 kilometres southeast of Long Island and spanning 80,000 hectares, is being developed in two phases.

At the beginning of this year, NYSERDA selected the joint venture as the winner of the state’s second offshore wind solicitation, in which the two partners participated with two projects: the 1,260 MW Empire Wind 2 and the 1,230 MW Beacon Wind 1.

A few days ago, Equinor and BP named Vestas as the preferred wind turbine supplier for both Empire Wind offshore wind farms, which will together comprise 138 Vestas 15 MW turbines. 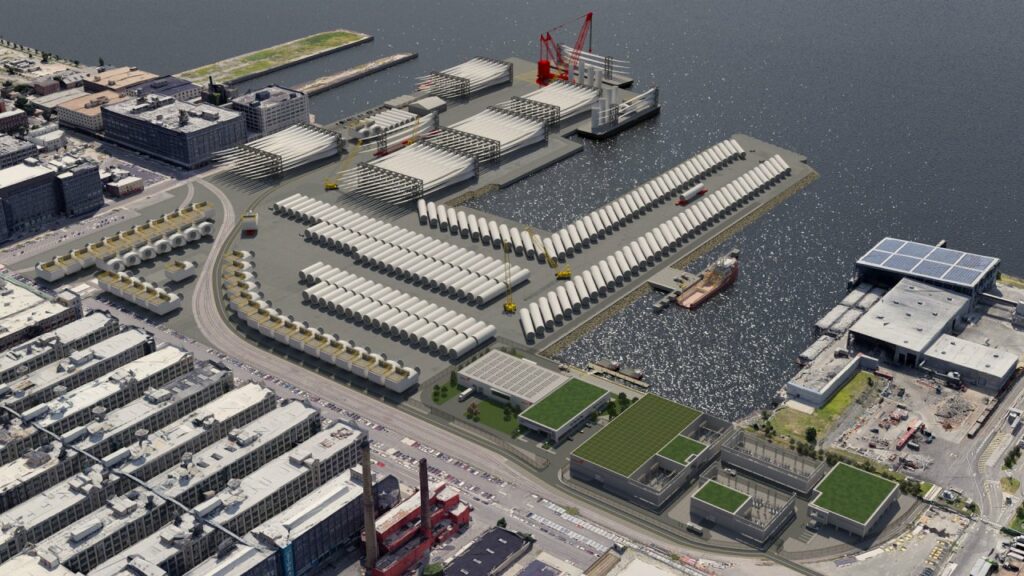