Boosting offshore renewables will accelerate the energy transition and allow G20 countries to build a resilient and sustainable energy system, a new report by the International Renewable Energy Agency (IRENA) has found. The report has also outlined specific courses of action to make this happen.

The report titled Offshore Renewables: An Action Agenda for Deployment is said to actively contribute to the G20 agenda by identifying actions which support the commercialisation of offshore technologies such as wind, wave, tidal, ocean thermal and floating solar in pursuit of extending their deployment worldwide.

To put the world on a climate-safe pathway, IRENA’s 1.5°C scenario featured in the report foresees a massive growth of offshore wind, ocean energy and floating photovoltaic in the coming decades.

Offshore wind for example would increase from 34 gigawatts (GW) today to 380GW by 2030 and more than 2,000GW by 2050. Ocean energy would represent additional 350GW of offshore renewable generation capacity by 2050, while 70GW could potentially be installed by 2030, IRENA’s analysis indicates.

When it comes to floating solar energy, the cumulative installed capacity was around 2.6GW as of the end of August 2020, from 338 active projects in 35 countries globally, located mainly on freshwater artificial reservoirs.

In total, more than 60 countries are exploring floating solar PV installations, and the installed capacity has more than doubled from 1.1GW in 2018, according to IRENA.

The future demand for floating solar PV is expected to be driven by Asian countries, while the trend is also expected to grow in Europe thanks to supportive policies and many ongoing demonstration projects.

The report also includes 50 concrete actions that G20 countries could take while defining their national strategies for offshore renewables.

Suggested actions include the strengthening of oceans governance in line with UN Law of the Sea, the integration of offshore renewables in national marine spatial planning and early planning for infrastructure like underwater cables and grids.

Policy frameworks, international cooperation and investment in R&D are key recommendations to drive offshore globally, according to the report which recommended to promote financing for offshore within the ‘Finance Track’ of the G20.

“I congratulate the G20 Presidency for their forward-looking decision to integrate offshore renewables in the G20 agenda. IRENA is pleased to support the G20 Offshore Renewables Action Agenda with our energy transition expertise and valuable input from our global membership”.

Offshore renewables have the potential to greatly contribute to SDG 14 on the sustainably use of oceans while boosting blue economy activities such fishery, shipping and tourism, according to IRENA.

A blue economy fuelled by offshore renewables could also help islands and countries with coastal areas meet their national goals aligned with the Paris Agreement and 2030 Sustainable Development Agenda. 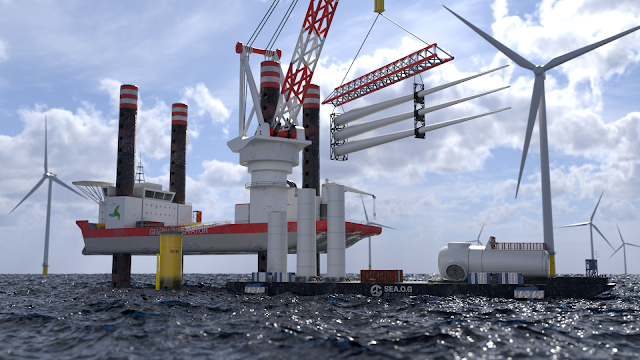