Turbine installation at the Windpark Fryslân will last longer than initially expected, the developer of the nearshore wind farm in the IJsselmeer Lake in the Netherlands said.

The installation of the wind farm’s 89 Siemens Gamesa 4.3 MW started this spring and was initially expected to be completed by the beginning of Summer 2021.

The project completion has now been pushed back to the third quarter of this year due to the effects of the Covid-19 pandemic, the inclement weather, and the complex logistics of the project, Windpark Fryslân said.

In the latest update on the project, we reported that all of the wind farm’s inter-array cables were in place and were undergoing tests.

The connection with the Oudehaske high-voltage substation near Heerenveen, the two 55-kilometer long underground 110 kV cables, has now been put into use, the developer said. In addition, the nature island near Kornwerderzand has been constructed and a start has been made on monitoring the nature around the wind farm.

Located some six kilometres off the Frisian coast, the 382.7 MW Windpark Fryslân is the largest wind farm built in a body of fresh water.

The project is being constructed by the Zuiderzeewind consortium of Van Oord and Siemens Gamesa on behalf of Ventolines.

Windpark Fryslân delivered its first power to the Dutch grid in the first half of April.

Once commissioned, the wind farm will produce around 1.5 TWh of electricity per year.

Due to the limited width of the locks around the IJsselmeer, the wind turbine parts are brought to the IJsselmeer by ships and assembled there.

The tower parts and the nacelle arrive in the IJsselmeer via Amsterdam. There are two installation platforms in the IJsselmeer, the Sarens Soccer Pitch, and the Tom-Wim. By working with two platforms, Zuiderzeewind can install two wind turbines at the same time. After construction, each wind turbine is inspected from foundation to nacelle, after which it is put into operation, the developer said. 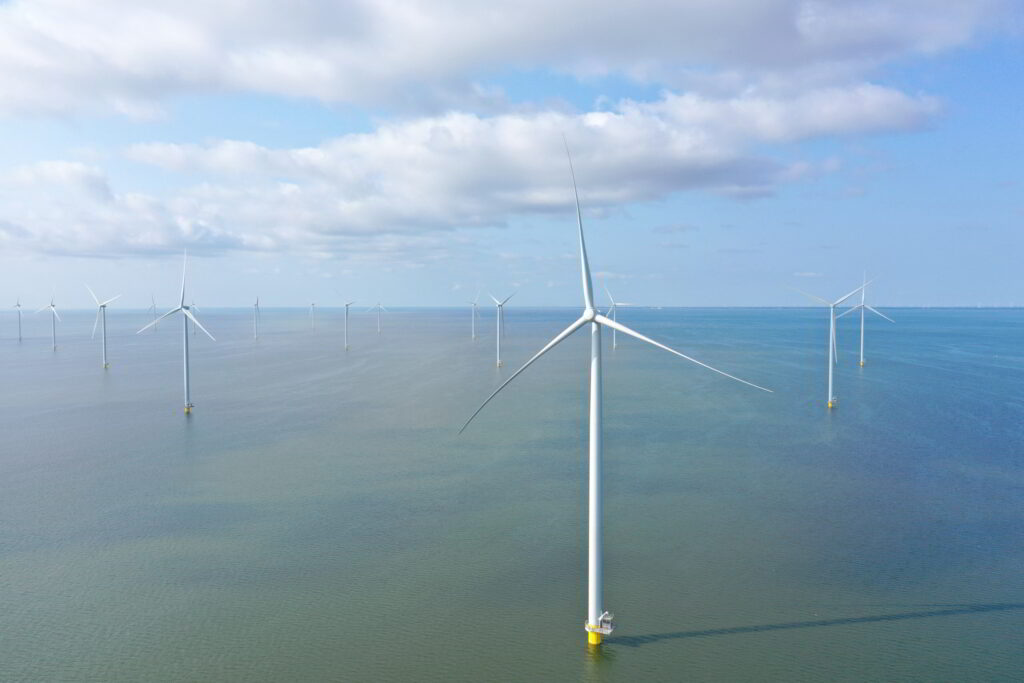