Nexans launched its new cable laying vessel Nexans Aurora on 8 November at Ulstein Verft. The vessel will be deployed on installation of subsea cables, including those connecting offshore wind farms to the grid and interconnector systems.

Nexans Aurora will now be positioned quayside at Ulstein Verft’s yard and will then enter the last outfitting and start-up commissioning phases, before setting sail to Scotland for its first assignment at the Seagreen offshore wind farm. The vessel is scheduled to start installing the export cables at the 1,075 MW offshore wind farm in the third quarter of 2021.

The hull of the 149.9-metre arrived from the CRIST shipyard in Poland to Ulstein Verft in Norway in mid-June.

Since then, the vessel has been positioned in the roofed and controlled environment of Ulstein Verft yard’s dock hall, during which time various work tasks have been undertaken.

The vessel has been developed in cooperation between Nexans, Skipsteknisk, Ulstein Verft and MAATS Tech. 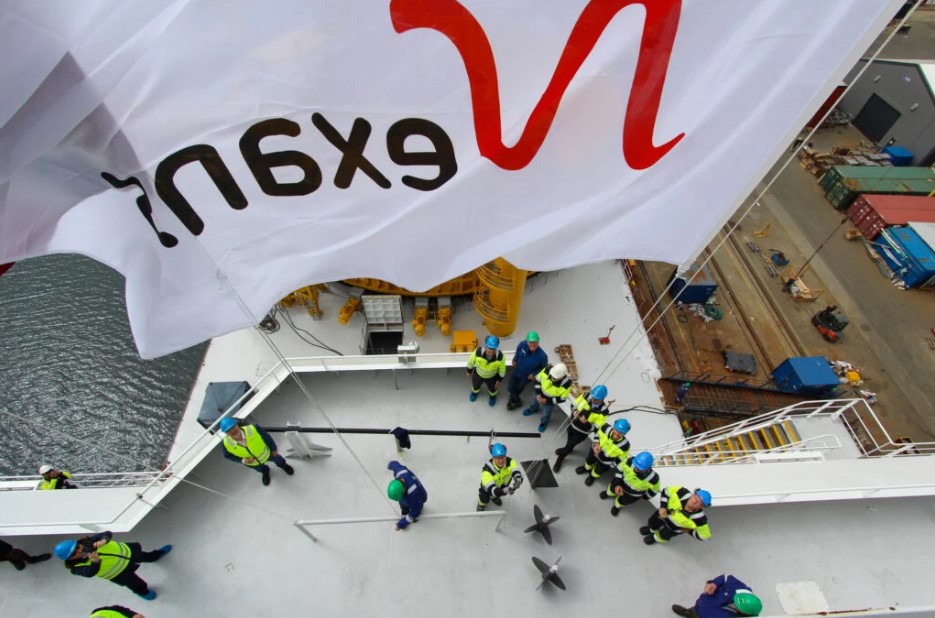