The following article is a guest post by Maren Strandevold, an energy lawyer and an associate at the international commercial law firm Haynes and Boone.

In response to the recent offshore wind announcement by the UK’s Prime Minister, Maren Strandevold discusses the need for adequate funding allocated in the correct areas, a streamlined regulatory regime, and the need for new technology and innovation.

On 6 October 2020, Prime Minister Boris Johnson spoke at the Conservative Party conference about the future of offshore wind. He claimed, among other things, that the UK can become the “Saudi Arabia of wind”. He also stated that he would spend £160 million to upgrade ports and factories for building wind turbines and raised the garget for offshore wind power capacity from 30 gigawatts to 40 gigawatts by 2030.

The ambition to “build back greener” is laudable, but in order for it to become a viable and successful enterprise, you need more than targets and good intentions. It is important to consider the role of offshore wind in the energy mix, to have a clear and transparent regulatory regime and to ensure that funding is targeted where it can be put to best use.

Offshore wind is a significant source of renewable energy and will be a key part of the energy transition. It is not, however, capable of meeting all of our energy needs. Several manufacturing and heavy industry processes require a level of heat that cannot be reached using electricity. There are also issues with reliability.

Offshore wind farms are weather-dependent, meaning that supply can be interrupted by a lack of wind. We are therefore still reliant on gas to provide a back-up when the renewable sources are insufficient.

To this end there are developments of battery power, however, these are still not at the stage where they can provide reliable back up on a significant scale. As such, whilst wind makes a valuable contribution to the energy mix, it must be a part of a bigger scheme, not the sole remedy to a complex problem.

An important point is the ability to use offshore wind not purely to produce electricity for general consumption but in conjunction with other forms of energy.

There are two important ways in which wind can be used. One is to reduce emissions from the production of other forms of energy, such as oil and gas. The other is to use offshore wind for the production of green hydrogen.

Oil and gas platforms are traditionally powered by on-site gas turbines which burn significant amounts of fuel and therefore cause significant emissions. In order to meet net zero goals, the oil and gas industry is therefore looking at alternative ways to electrify platforms. Given that a number of offshore wind farms are in close proximity to offshore oil and gas platforms, this presents opportunities for the use of offshore wind.

Offshore wind can also generate electricity that can be converted to hydrogen via electrolysis of seawater. Hydrogen has the advantage of being more easily transported and can be carried via existing gas pipelines rather than having to lay electrical cables. By converting electricity to hydrogen which is capable of being stored, it also addresses some of the issues of intermittency created by the fact that offshore wind is weather-dependent.

In light of this, it is important that any plans for the future of offshore wind consider how much electricity should be generated by offshore wind and look at how the energy produced is best deployed.

Given the fast-moving nature of the energy transition and the technologies being developed, it is difficult for legislation to keep up.

However, companies require a clear framework in which to can operate. As such, it is an opportune time for the government to consider and simplify the regulatory regime in a manner that allows for cross-collaboration across the different parts of the energy industry and facilitates energy integration.

Looking at the existing regimes, questions have arisen regarding the suitability of the current regulatory regime for offshore wind. It is currently heavily concentrated on competitiveness, which is considered beneficial for consumers. That means that currently there is no sharing of infrastructure, and each wind farm has an individual connection to transmit the power that it generates.

There are three material concerns with this: it is financially inefficient; it has a negative environmental impact; it may have a negative impact on coastal communities where connections make landfall. There has been some progress on this point.

In August, BEIS and Ofgem sent an open letter to developers of offshore wind generation, electricity transmission licensees and other interested parties to open consultation for increasing the level of coordination in offshore electricity infrastructure.

The letter sets out a request for feedback on which “commercial, regulatory and policy frameworks might not be driving the best outcome for consumers or the energy system”. The consultation closed on 30 September 2020 and the outcome has yet to be published.

In a report prepared for BEIS in August this year, it was highlighted that among other things, in order to make progress in this area, policies need to be developed to deal with funding, emerging technologies and the effect of market forces. It is expected that further reviews of potential business models will be considered by BEIS before any legislative changes are made.

Another issue to be addressed is that it seems clear that there will be more integration between different types of energy production and storage as set out above, and it is necessary that the applicable regulatory regimes are designed to accommodate this.

In its recent report on UK Continental Shelf energy integration, the Oil & Gas Authority set out some of the challenges faced by the regulatory regimes currently in place.

The report highlighted that some projects might fall under more than one scheme. For example, platform electrification would fall under the Petroleum Act 1998 as well as the Energy Act 2008. Clarity must be provided as to how different regimes will interact in these circumstances.

It appears that the intention is predominantly to invest in infrastructure such as ports and factories. However, funding is also required for research and development to ensure that technology is optimised and that the supply chain is well placed to support additional offshore wind farms. By way of example, the Norwegian government’s plan for the green transition announced in June expressly earmarked funds for offshore wind but specified that a portion of the funds would be targeted at research and development, with the remainder to be aimed at developing new projects relating to supply chains and the delivery of offshore wind projects. Applying funding in this way achieves a number of objectives. It avoids locking development into one track, recognising that we are in the middle of a fast-moving transition where a lot of solutions and technology have yet to come to market, and it ensures that there is a continued focus on research which will help to ensure that solutions can be optimised and made cost-effective and reliable.

Funding also needs to look ahead to the decommissioning of wind turbines. An offshore wind turbine may have a life of up to 30 years, but how and when this is decommissioned must be factored into the planning. A 2018 report from BEIS estimated that decommissioning the wind farms in existence would have cost between £1.28 million and £3.64 million. It is, therefore, crucial that when assessing future projects, consideration is given to how the life cycle will be managed. Indeed, not only examining how decommissioning will be funded but also applying principles of the circular economy to assess manufacturing processes, design durability and possibilities for re-use and re-manufacturing.

The commitment to offshore wind is an important step to meet net zero targets in accordance with the Paris Agreement. However, it will not be enough on its own. A comprehensive strategy that takes account of the complexities of the energy transition, the inevitable changes in the commercial landscape as well as the need for innovation, will be the key to reaching targets. 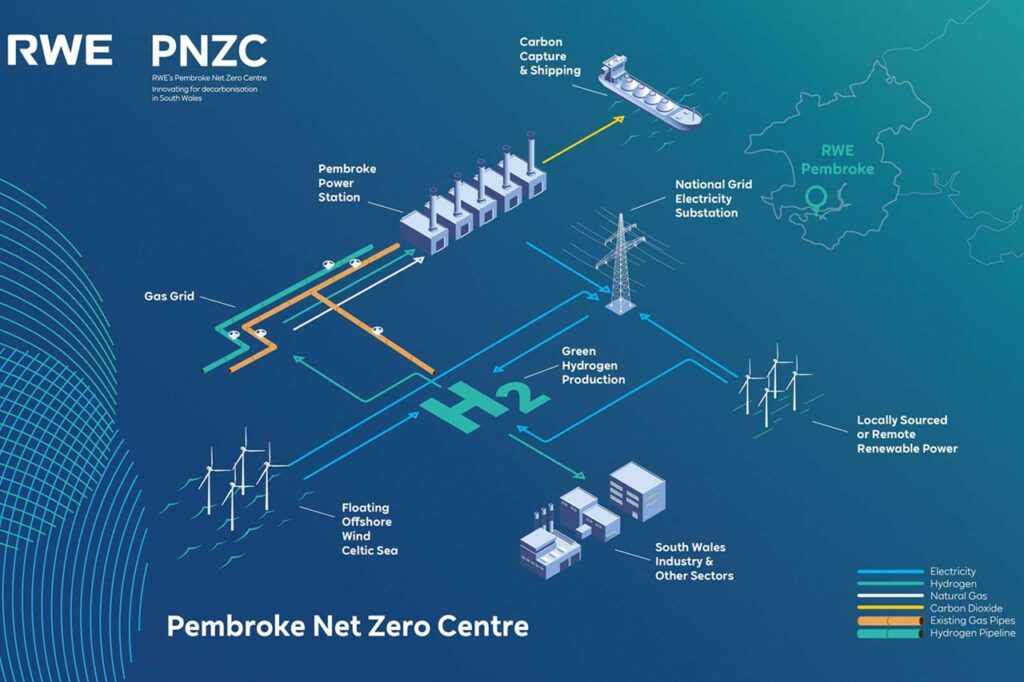