A couple of days after its jacket foundation was installed, the third and final offshore transformer module (OTM) has left Belgium and is now on the way to the Moray East site off Scotland.

Siemens Energy, which secured a contract to deliver the three OTMs for Moray East in 2018, announced last week that the final platform was ready to leave Hoboken, Belgium, where it was built by Smulders and ENGIE Solutions.

On 1 September, Engie Solutions and Smulders reported that the third OTM (OSP1) sailed out.

The jack-up vessel Seajacks Scylla installed the jacket for OSP1 on 30 August, according to Moray East’s latest Notice of Operations.

The jacket for the first installed OTM (OSP3) was put into place in July, with the platform mounted on top of it on 10 August, when the jacket foundation for OSP2 was also put in place. The OSP2 topside, which was shipped out from Belgium on 30 June, was installed shortly after its jacket.

Moray East, located some 22 kilometres off the Aberdeenshire coast, will feature 100 MHI Vestas 9.5 MW wind turbines, which are scheduled for full commissioning in 2022.

The OTMs will be linked together to cover the capacity of 950 MW and will transform the output of the wind turbines from 66 kV to the transmission voltage of 220 kV, and then transmit the electricity to the grid on land. 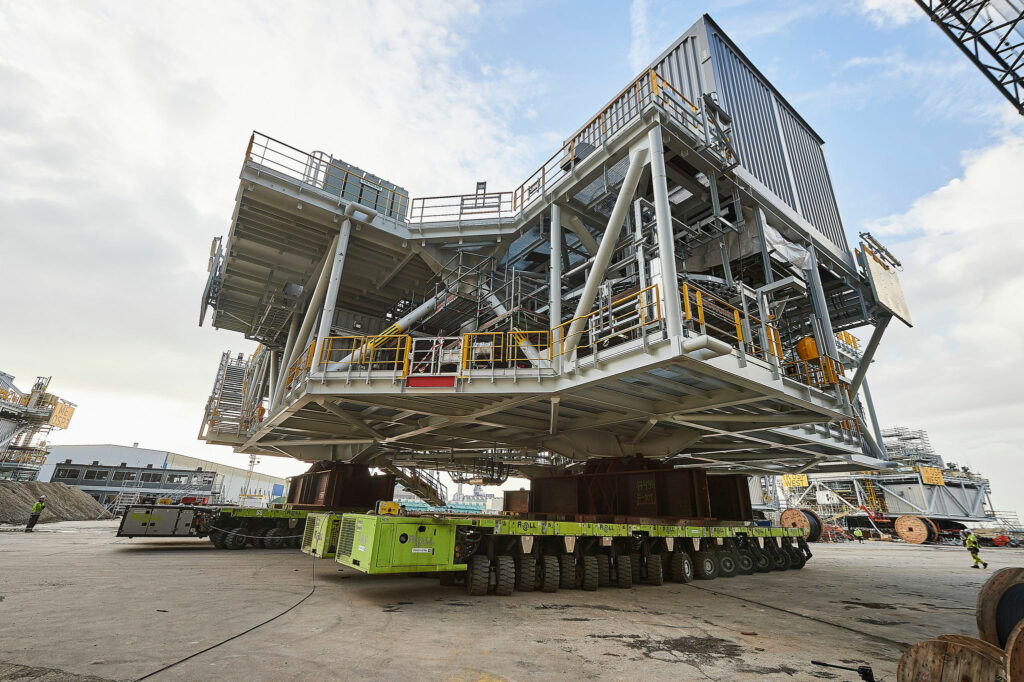