DEME Offshore Gets On Board PosHYdon Project

DEME Offshore has joined the team behind the PosHYdon project that aims to integrate offshore wind, offshore gas, and offshore hydrogen in the Dutch part of the North Sea.

Within the project, DEME Offshore will be in charge of providing the hydrogen unit for installation on the Q13a platform, operated by Neptune Energy. There, the three energy systems put together will result in the production of hydrogen from seawater.

The company is involved in the conceptual design of a 100 MW offshore hydrogen gas production plant, and a task leader in the evaluation of the business case in line with the 10 MW concept for the platform that will have a 100 MW capacity.

Furthermore, DEME will also be involved in the transport and installation of the onshore hydrogen unit to the Q13a platform.

“The expertise that DEME has built worldwide helps us all to scale up after PosHYdon from 1 MW to 100 MW – a crucial step for further developing offshore wind energy and enabling conversion to hydrogen in the North Sea”, said Lex de Groot, Managing Director of Neptune Energy in the Netherlands.

“This will be important for windfarms far away from the coast which will be built after 2030, particularly given electricity prices are so low, which could slow down the further development of offshore windfarms. This development is essential to support achieving future climate targets.” 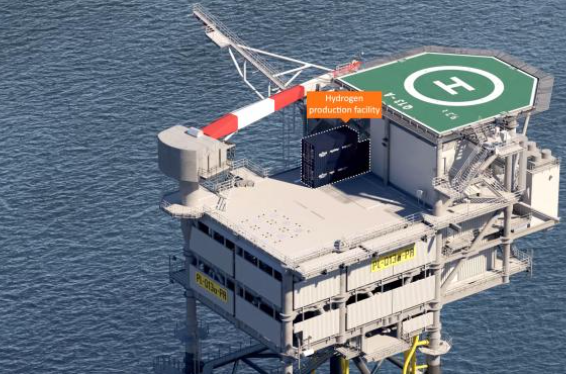