The new-build Chartwell 24 CTV will be used for marine support services for the Siemens Gamesa offshore wind turbines set to be installed at the project.

According to Atlantic Wind Transfers, the vessel will go directly into the long-term charter contract upon delivery from Blount Boats in Warren, Rhode Island, later this year.

The CTV will be based out of Virginia’s Hampton Roads region.

“I am proud that my company was selected to provide CTV services for the first offshore wind farm in federal waters,” said Charles A. Donadio, Jr., CEO of Atlantic Wind Transfers.

“This next-generation Jones Act compliant CTV design will set the bar to the highest standards meeting all U.S. Coast Guard Regulations and Certifications to operate up to 150 miles offshore. It’s exciting to be involved and working on the first two offshore wind farms in the U.S.”

The pilot CVOW project will comprise two Siemens Gamesa 6 MW turbines installed some 27 miles off the coast of Virginia Beach.

The two turbines are expected to provide the operational, weather, and environmental experience needed for the 2.6 GW development in the adjacent 112,800 ha lease site.

The 2.6 GW project will comprise Siemens Gamesa SG 14-222 Direct Drive turbines that have the capability to produce up to 15 MW. It is expected to be operational by 2026. 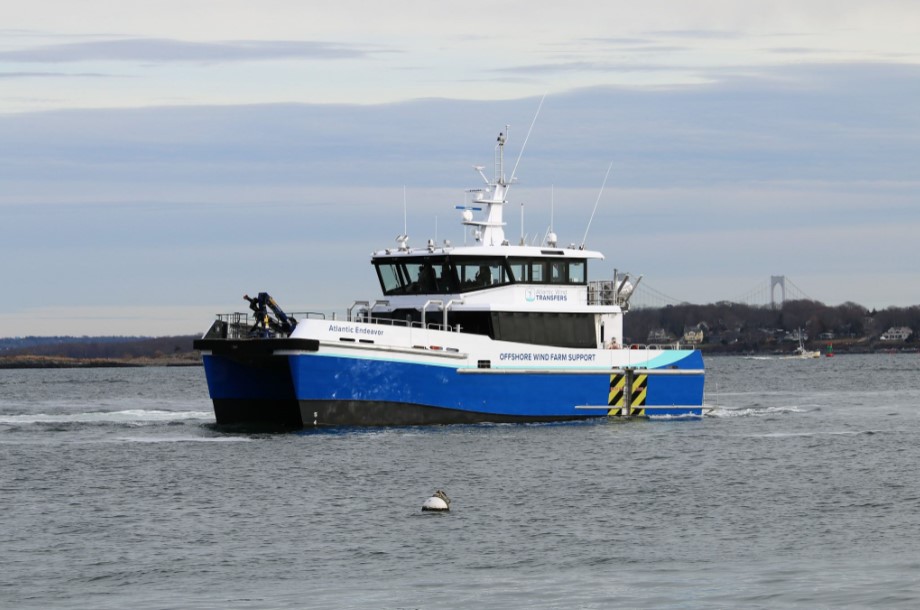