US-based Atlantic Wind Transfers has signed an order for two Chartwell 24 Crew Transfer Vessels (CTVs) to be deployed in support of new wind farms off the US East Coast.

Developed by Chartwell Marine, the vessels will be built by Blount Boats for delivery in 2020.

Charles Donadio, CEO of Atlantic Wind Transfers, said: “Our Crew Transfer Vessel company was the first to support offshore wind here in Rhode Island, with the first and only CTV currently operating in the United States. This is another major milestone for us as we expand our operation and aim to support the local supply chain along the East Coast of the United States.”

The new vessels will be a specialised model of the Chartwell 24, modified to comply with American environmental regulations and operational conditions. In particular, the vessels will be compliant with legislation protecting the migration route of the protected Right Whale off the north-eastern seaboard, with a specially adapted 65-foot hull. This hull has been further adapted to handle the Atlantic sea conditions.

These modifications have been introduced without compromising on the vessel’s attributes, including a hull configuration that minimises ‘wet deck slamming’, a large, step-free foredeck and superior transit performance, the companies said.

“Based on our knowledge of the conditions off the coast of New England, we made modifications to our design to ensure optimal performance,” Andy Page, Managing Director of Chartwell Marine, said.

”Compliance with maritime regulations is only second to the safety of personnel, so we have ensured that Atlantic Wind Transfers and its clients will benefit from a vessel that ticks all of these boxes, while attaining the highest possible standards of safety and technical availability.”

Blount Boats built the first-ever US-flagged CTV for Atlantic Wind Transfers in 2015, the Atlantic Pioneer, which was commissioned to service the first US offshore wind farm off Block Island, Rhode Island. 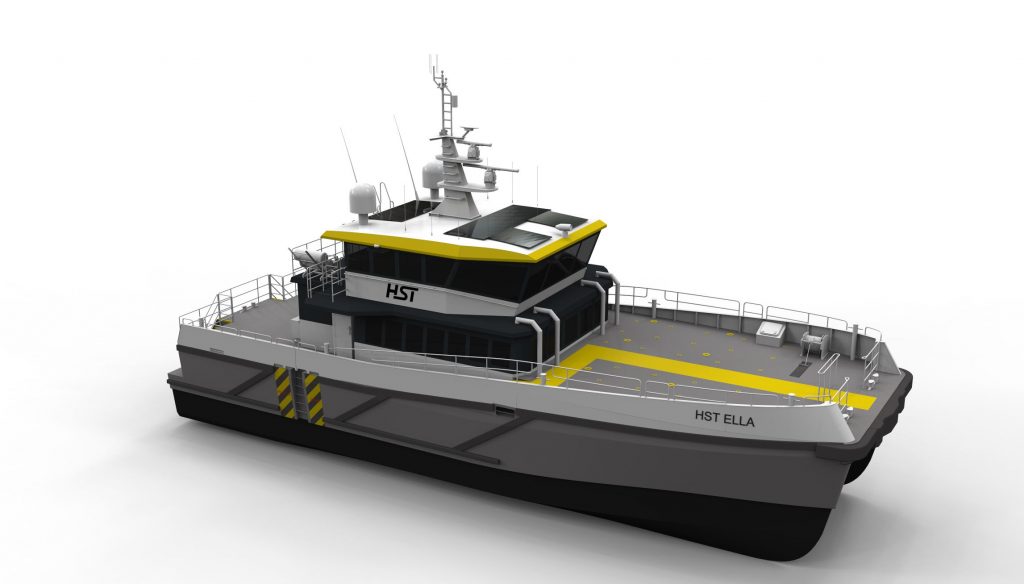