No SARS-CoV-2 Virus on Esvagt Mercator, SOV Now Out of Quarantine

Those on board the Esvagt Mercator Service Operations Vessel (SOV) have been released from quarantine after the vessel’s 48-hour detainment in the Port of Oostende over concerns about some of the crew members showing symptoms of COVID-19 disease, caused by the SARS-CoV-2 virus.

“The SOV ’Esvagt Mercator’ has been in the port of Oostende for 48 hours to ensure that everybody on board was safe and healthy after two people on board were found to be ill. After medical attendance, it was concluded that this was not due to COVID-19,” ESVAGT said in an email statement.

MHI Vestas also confirmed that the vessel was under quarantine and that it has been released since there was no virus found on board.

On 11 March, it was reported that two people on board the Esvagt Mercator SOV were showing symptoms that may have been indicating to the novel COVID-19 disease. Saniport, the sanitary police for international traffic, was then informed and an on-spot investigation took place.

After the investigation, Saniport decided that no one was allowed to board or disembark from the Esvagt Mercator and the two persons in question were isolated on board, where their conditions were continuously monitored, according to information from the Port of Oostende.

This afternoon (13 March), Saniport decided to lift the quarantine.

The Esvagt Mercator SOV is in service at the Nobelwind and Belwind 1 offshore wind farms in Belgium, where it is supporting MHI Vestas team at 105 wind turbines – 50 at Nobelwind and 55 at Belwind 1.

The vessel has been in operation since December 2017, under a ten-year agreement with MHI Vestas. 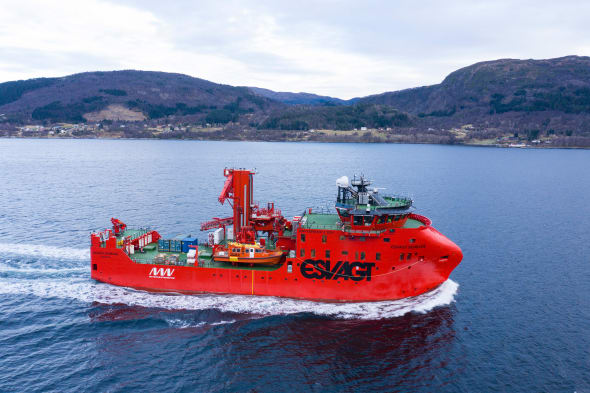