VLCV BV has completed the installation of two ducts, including bellmouths, for the cable system of the Borssele offshore wind project in the Netherlands.

VLCV used the direct drill technique which consists of an onshore prefabricated pipeline that is directly connected with a drill head and installs in one pass after which the drill head is disconnected.

Two direct drill and duct installations of approximately 450m were made from a barge positioned on the mudflat towards the exit pit in the Western Scheldt seabed at ~50m of depth.

“Today I can proudly announce that both ducts and Bellmouths have been successfully installed. Our teams have been working hard since October on the successful installation of both ducts,” said Arvid de Groot, Project Manager at VLCV B.

VLCV said it had designed the drilling plan for the project considering the subsoil conditions, strength calculations and mud pressure.

After drilling and installation of the duct, the drill head was removed with a special disconnecting system. A DP2 vessel with a Work Class ROV recovered the drill head and installed the two bellmouths with the use of special drill tools operated from the barge.

The bellmouths will be temporarily closed with a special plug to seal the pipe ready for the cable pull-in works that will take place at a later stage, the company said. 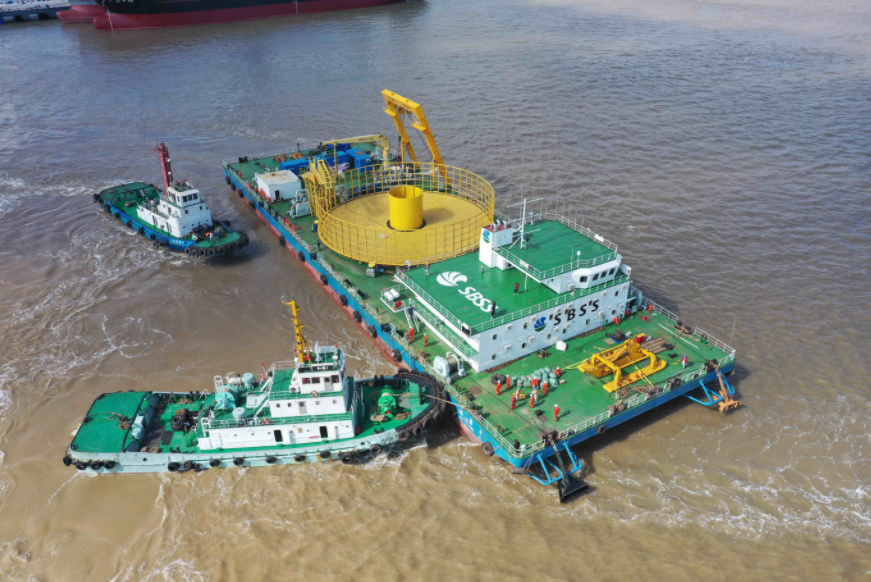