According to Ulstein, the SOV was docked at the Ulstein Verft dock hall on 8 December. After the hull had been towed, the exterior paint work started, while the interior work continues.

To remind, the Norwegian shipbuilder and ship designer began working on the vessel in September and in the last few months the work has been focused on accommodation, electrical installations, painting of technical areas and outfitting.

Back in July 2018, GE Renewable Energy contracted Bernhard Schulte to provide the SOV for the 396MW Merkur wind farm in the German North Sea, after which the German company placed the order with Ulstein.

It has a large, centrally positioned walk-to-work motion compensated gangway and a lift tower for personnel and cargo transfers. Furthermore, a 3D compensated crane capable of 2t cargo lifts is available. 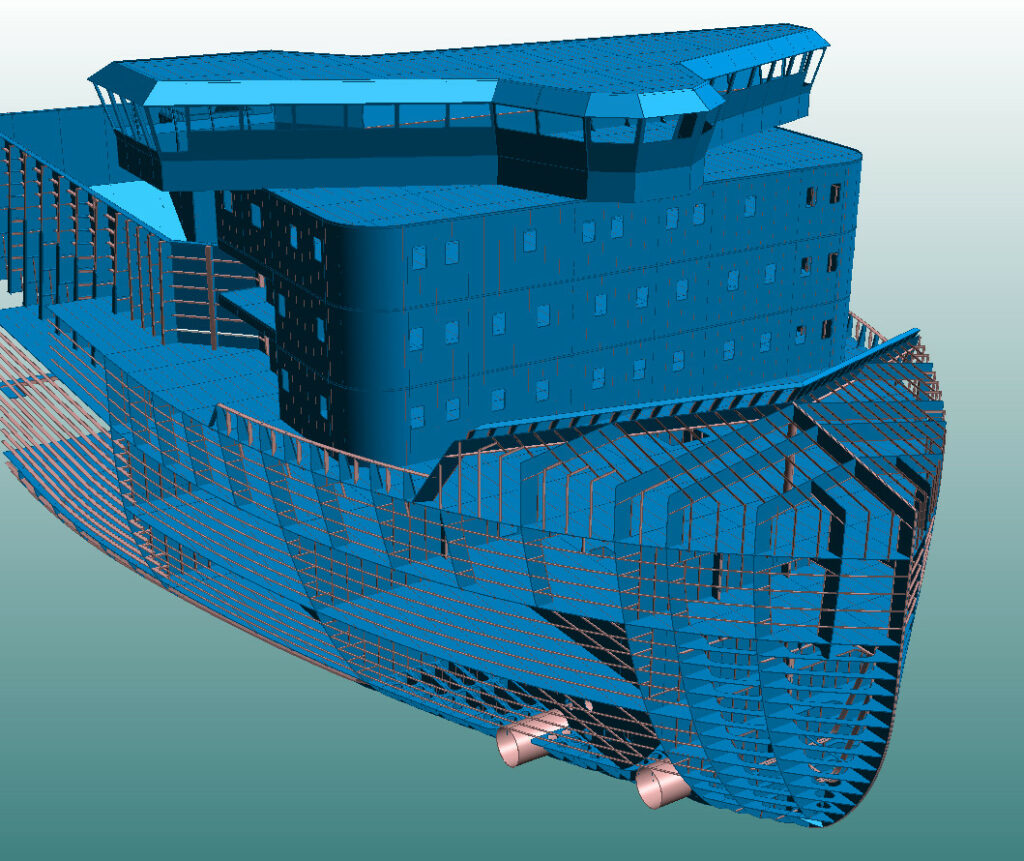