A crew transfer vessel working in Liverpool Bay lost propulsion just north of the Burbo Bank offshore wind farm and was escorted and towed to a dock on the River Mersey by an RNLI lifeboat.

The 21m water jet-powered catamaran, Challenger, lost propulsion on 16 September after a rope had fouled its jet drives. Seven people were on board the vessel at the time of the incident.

The 59-tonne catamaran was making slow progress into the Mersey with reduced power after earlier attempts by another vessel to establish a tow line had been unsuccessful, RNLI said.

Hoylake RNLI’s volunteer crew were paged after the vessel requested assistance from the UK Coastguard and launched their Shannon class lifeboat Edmund Hawthorn Micklewood, arriving at the casualty’s location within 20 minutes. Once on scene, the lifeboat escorted the casualty vessel for a distance until its engines had to be shut down just off Crosby. The vessel’s skipper asked for his boat to be taken under tow by the lifeboat as it was now drifting in the Mersey’s busy shipping channel.

With a tow line secured by both the Hoylake RNLI lifeboat and wind farm boat crews, the lifeboat then towed the casualty vessel into the river where they waited together for access to the Liverpool dock system through Langton Lock. After other commercial marine traffic had left the lock, at 11.30pm the lifeboat brought the wind farm boat through the lock and into Canada No.2 Dock where it was berthed safely onto the quayside. The Hoylake RNLI lifeboat eventually left the dock two hours later when the lock became available again.‘

‘Our Shannon class lifeboat’s manoeuvrability really proved its worth in towing this large vessel into the River Mersey and through the Liverpool dock system,” Hoylake RNLI Coxswain Andy Dodd said.

”It was a long and late service for our dedicated RNLI volunteers but by working closely and professionally with the wind farm boat crew, together we were able to ensure a safe and successful conclusion to this incident.” 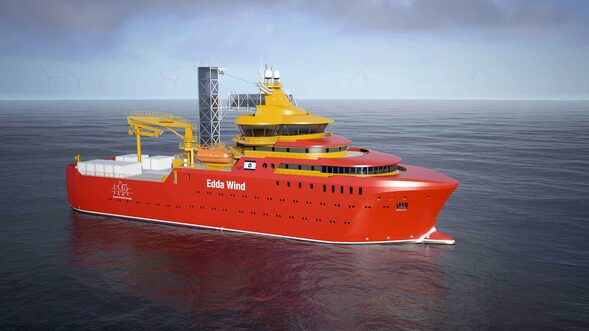